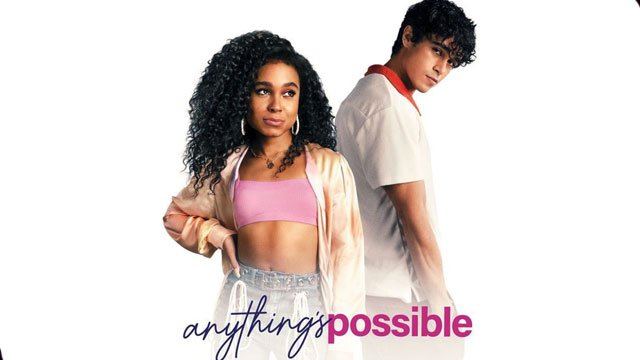 Anything’s Possible is a delightfully modern Gen Z coming-of-age story that follows Kelsa (Eva Reign), a confident high school girl who is trans, as she navigates through senior year.

When her classmate Khal (Abubakr Ali) gets a crush on her, he musters up the courage to ask her out, despite the drama he knows it could cause. What transpires is a romance that showcases the joy, tenderness, and pain of young love.

The critics have praised the story, the acting, and Porter’s directing debut.

“The film is a rousing and imaginative work — a delightful expansion of what screen romance looks like, especially for trans teenagers, whose lives rarely get treated as case studies in joy.” – The Hollywood Reporter

“Porter’s delightful debut is perhaps most groundbreaking exactly because it grants a black, high-school-aged trans girl—a character we rarely see in cinema, if at all—a recognizable youthful tale not defined by bigoted adversity.” – RogerEbert.com