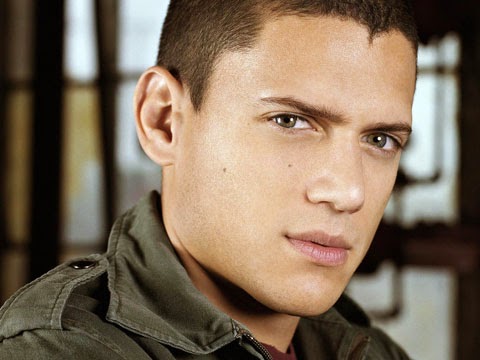 Hunky and handsome Wentworth Miller has pretty much been AWOL from acting since the wrap of his four seasons of Prison Break in 2009.  Other than a couple of guest spots on shows like Law & Order: Special Victims Unit and House MD, there’s not been much opportunity to take in Miller’s considerable talents on screen.

But now we get news that he will guest this coming fall on the new super-hero series The Flash as one of the Flash’s biggest villains – Leonard Snart aka “Captain Cold.”

The freeze-gun-touting villain is one of Barry Allen/The Flash’s biggest adversaries in the DC Comics, and is the leader of the Rogues—a group of his enemies.

Miller will guest star as the character in the fourth episode of the show’s debut season this fall. “We’ll be seeing his origin and the origin of the Rogues,” said executive producer Greg Berlanti.

Since the end of Prison Break, Miller has focused on writing and penned the screenplay for the film Stoker which was released as a feature film.

Miller came out as gay last year.  In a recent interview he was quoted as saying, ‘I was out to a handful of people in my twenties, and once I hit 30, I was out to family and friends. But professionally, I was feeding a fantasy. I created this air of “We don’t address that thing.”‘