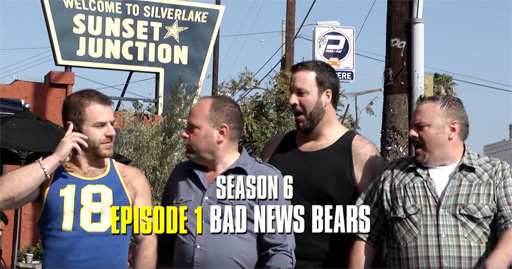 The first episode of Where The Bears Are Season 6 is available!

I’ve loved this web series since its first season back in 2012.

Where The Bears Are follows the exploits of 3 bear roommates sharing a house in the hills of Silverlake. It is “The Golden Girls” meets “Murder She Wrote” with big, hairy, gay men. Lots of over the top fun.

The official description for this episode: