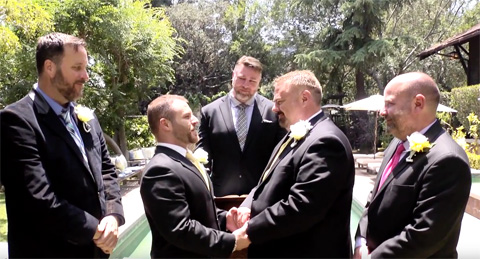 One of my favorite web series is back today!

Episode One of WHERE THE BEARS ARE Season 4 is available now!

In the fourth season opener, the Bears throw a wedding shower in their backyard to celebrate Nelson and Todd’s upcoming nuptials, but things go south fast when Nelson’s mother Doris starts taking potshots at Todd, Nelson invites Todd’s estranged brother Jimmy without telling him, and a spiteful party crasher makes an insulting toast that threatens to ruin the entire event.

WHERE THE BEARS ARE is a web series following the exploits of 3 bear roommates sharing a house in the hills of Silverlake. It is “The Golden Girls” meets “Murder She Wrote” with big, hairy, gay men.