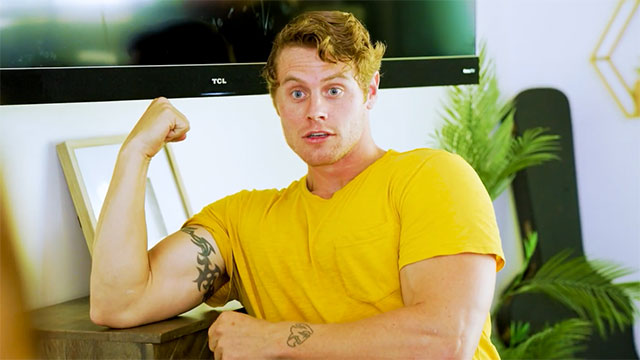 Artie O’Daly serves up the latest installment of his wild and wacky ‘Bad Boy’ web series just in time for Hump Day.

BJ explains an ‘executor’ (or is it ‘executioner?’) contacted him about his dead uncle’s estate worth over $2 million.

Whitney (Theresa Ryan) shows up complaining that Mariah Carey stole her life story, Jim (Drew Canan) finds a very good reason to take off his shirt (yay!), and everyone has an opinion on Scott smelling like cows.

Got it? Going on…

The executor, Kaleidoscope (her parents had a thing for light refractions), finally shows up but she may not be exactly who she appears to be.

O’Daly’s sharp dialogue keeps the absurdist comedy storytelling on point as the characters ricochet from topic to topic with Scott trying to survive the verbal chaos.

And an unexpected revelation leads everyone to wonder who might have killed him.

Hit the play button below for a clever mid-day brain break. You can Instinct’s previous coverage of the acclaimed ‘Bad Boy’ web series here.