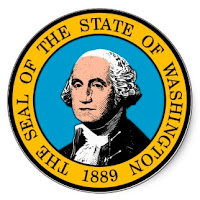 A Senate committee on Thursday approved a bill to legalize same-sex marriage in Washington state, moving the measure one step closer to passage.

The Government Operations, Tribal Relations & Elections Committee approved the measure with a 4-3 voice vote split on party lines. The bill is expected to head to a floor vote next, though a date has not yet been determined.

Several Republican amendments were rejected, including one that would have required that the measure be sent to the November ballot.