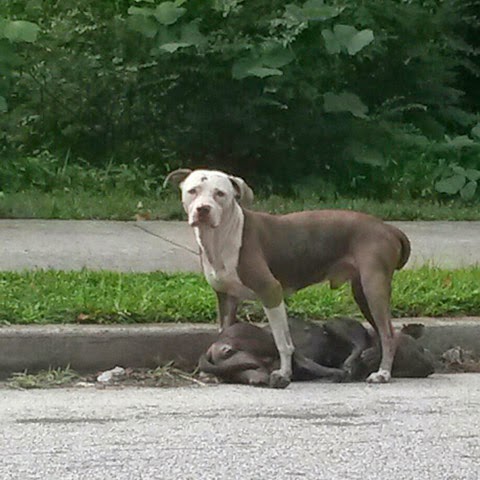 Michael Mason, of Georgia, was leaving church when he saw a dog standing on the side of the road.

As he looked closer, he realized the dog seemed to be standing guard over his injured companion. Mason quickly snapped a picture and shared it with a friend asking for help. He posted it online and it took off.

“The look on his face. ‘Can someone help me?’ He was watching over him like a guard dog,” Mason said.

After “The Walking Dead” actress Kylie Szymanski posted it on her Facebook fan page, the picture soon went viral.

The handsome-faced Herman is at Fulton County Animal Services and he needs a new home.

Sadly, a vet was not able to save Herman’s companion.

Watch the report from WPXI below: