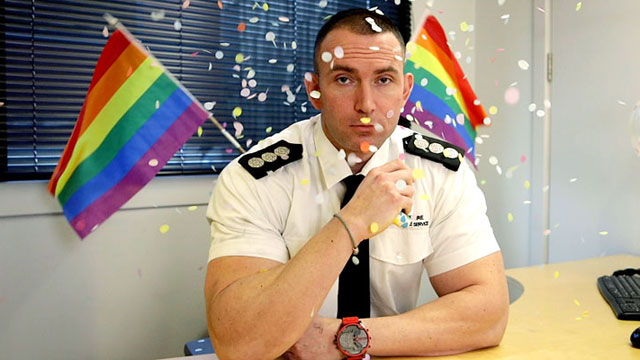 When firefighters in the UK added a Pride flag to its Twitter profile last year, the first responders received several ugly, homophobic comments.

In response, the South Yorkshire firefighters have clapped back with a cheeky video reciting many of the actual hate tweets they received while rainbow flags, socks, and hats are surreptitiously included in the background.

A hunky fireman recites in a droll tone, “I don’t see or understand why you feel the need to celebrate,” as Pride flags wave and confetti rains down.

Another fire official tells the camera, “Constantly going on and on about who wants to shag who shouldn’t be a fire service priority,” while an eggplant emoji floats on a TV screen in the background. 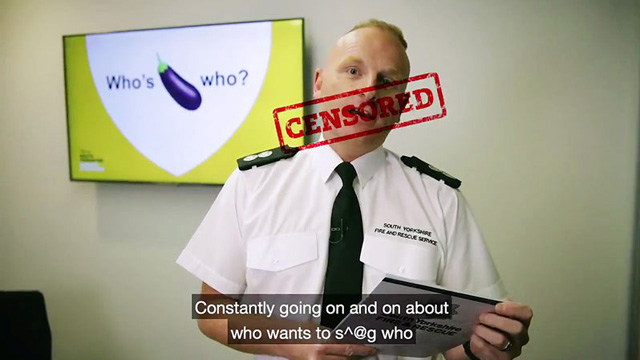 In between the mini-scenes, the firefighters make their point with the statement:

LGBT+ people still face prejudice at home and at work. We celebrate LGBT+ pride in solidarity with all those we serve and employ. Fires don’t discriminate, neither do we.

In a statement on the South Yorkshire Fire & Rescue website, Chief Fire Officer Alex Johnson wrote, “We fully expect the video will have a mixed reaction but some of the comments we received last year were awful and totally unacceptable.”

Johnson explained the heroes had a couple of reasons for producing the video.

“Firstly we wanted to support the month and let our staff, and communities, know that we are proud to employ and serve them, regardless of those comments,” said Johnson.

“Secondly, we wanted to demonstrate that we are a genuinely inclusive organisation that values the contribution of all our staff, whatever their LGBT+ status.” 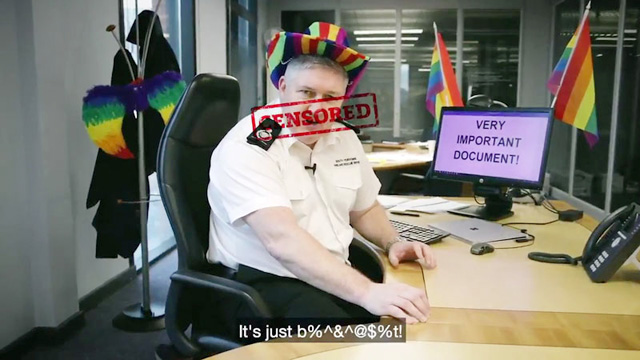 Crew Manager Rebecca Savin, who acts as the South Yorkshire Fire Brigades Union LGBT rep said she was “really pleased with the video.”

“It’s great that, as an employer, SYFR wants to challenge these comments and stand up for its staff and the people it serves.”

Check out the deliciously defiant video below.
≤center>

Last year we got a load of abuse when we added the rainbow flag to our profile picture.

Thanks for the comments… 👍#LGBTHM2020 pic.twitter.com/kwzAvKWUjq