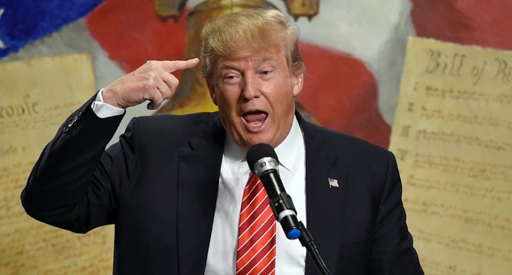 Several of Donald Trump’s campaign surrogates, while making the rounds on political news shows this week, began dropping small but significant “hints” that they believe Democrat Hillary Clinton is facing health issues which, in their eyes, could affect her ability to serve as president.

Just one example: today on “Fox News Sunday,” Trump surrogate Rudy Giuliani claimed that the media has failed “to point out several signs of illness by her. All you’ve got to do is go online.” Pushed for the sources of his information in “diagnosing” some kind of illness, Giuliani quipped, “Go online and put down ‘Hillary Clinton illness,’ take a look at the videos for yourself.”

It’s a sad concoction that seems desperate. Especially when you consider some of the Trumpster’s own odd behavior on the campaign trail.

Take a look at this compilation of some of Donald Trump’s “mental health” moments.