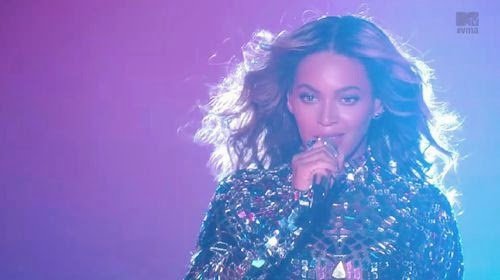 The performance was flawless, seamlessly segueing between the slow ballads and upbeat tracks as each song was accompanied by perfectly executed choreography. This was Beyoncé at her best. There were no costume changes — she wore the same mosaic leotard the whole time — but the entire essence of her On the Run performances, right down to the backdrop videos, was brilliantly translated onto the VMA stage.