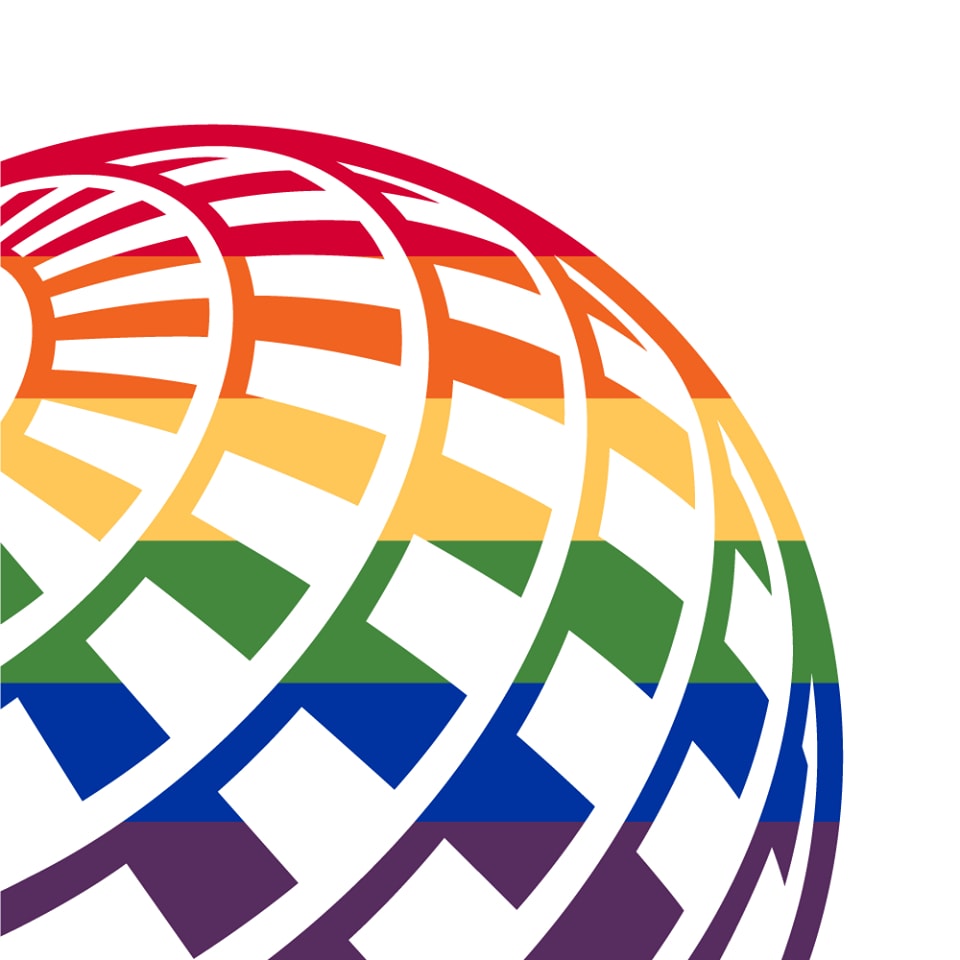 I’ll begin this post by stating upfront that United is my airline of choice.

And one of those reasons is the company’s commitment to supporting LGBTQ inclusion and equality.

Please note the rainbow logo United switched to immediately on the 1st of June to recognize Pride Month.

Everyone, however, wasn’t thrilled with the pic.

A certain hater – Pastor Ron York – had to chime in and tell the airline the logo was “inappropriate” and “political.”

United wasn’t having any of that, though.

The company that invites you to “fly the friendly skies” clapped back at his hate letting him know, “Pride is not about politics, it’s about humanity.” 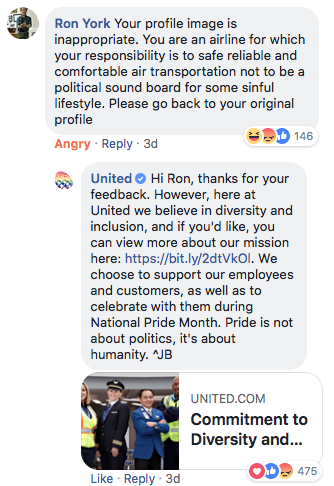