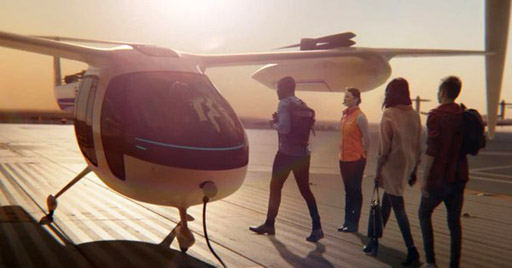 Uber has announced plans to launch a fleet of flying taxis by 2023.

The plan is to begin in Dallas and Los Angeles with testing to start in 2020.

Instead of picking you up, the plan would be to build “sky ports” where folks can board and disembark in a ride-sharing program.

Each sky port will be able to handle 200 takeoffs and landings an hour.

The air-cars will be flown by a pilot and hold up to four people.

NASA will be involved in creating a system of industry standards and regulations.

Check out the video report below. Who’s up for  an air-taxi?