• That time when CNN’s Phil Mattingly was reporting quotes from GOP White House hopeful Donald Trump, and Hillary Clinton dropped in for a sassy second.

• Remember when Hillary (like many NYers) had trouble swiping a Metro card in the subway? 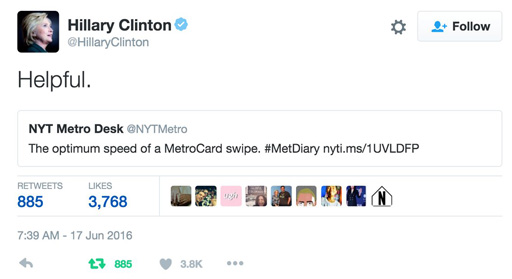