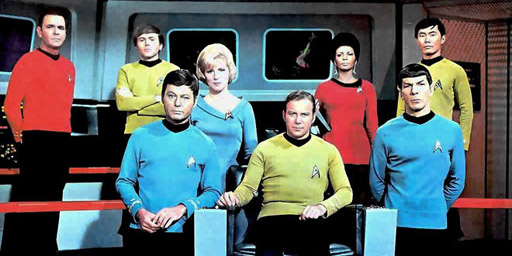 Producer Alex Kurtzman has announced he will produce a new series based on the Star Trek saga, but with a new twist.

The new series, set to premiere in January 2017, will have a “special preview broadcast” and then be available exclusively on CBS All Access – the network’s digital streaming service.

The new series “will introduce new characters seeking imaginative new worlds and new civilizations, while exploring the dramatic contemporary themes that have been a signature of the franchise since its inception in 1966,” according to the release.

“This new series will premiere to the national CBS audience, then boldly go where no first-run Star Trek series has gone before — directly to its millions of fans through CBS All Access,” Marc DeBevoise, executive vice president/general manager of CBS Digital Media, said in a statement. It will be CBS All Access’ first original series.”

CBS All Access already features every episode of every previous Star Trek series.

The new series premiere will air on the heels of the original series’ 50th anniversary celebration.