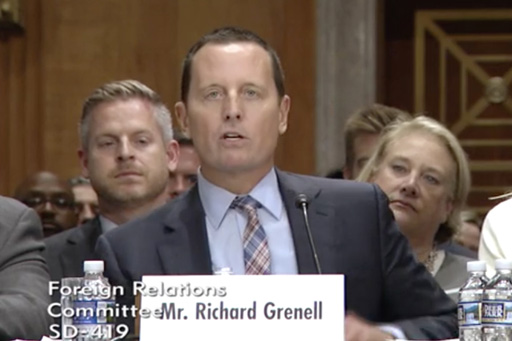 By a vote of 56-42, openly gay nominee Richard Grenell has been confirmed by the U.S. Senate as Ambassador to Germany making him the most high-profile openly gay appointee in the Trump administration.


Grenell — who has faced Democratic opposition over mean tweets he made about the appearance of women and other comments downplaying the significance of Russia’s influence in the 2016 election — was confirmed by a largely party line vote of 56-42.

Both of the senators from Grenell’s home state of California — Sen. Kamala Harris and Dianne Feinstein — voted “no” on his confirmation.

Resistance to Grenell’s nomination came in part due to comments he made on Twitter years ago about the appearance of women, including Hillary Clinton, Madeleine Albright, Callista Gingrich and Rachel Maddow.

He has since deleted the comments online and apologized, but in the context of the #MeToo movement today the comments became a flashpoint anew.

Grenell famously resigned from the Mitt Romney presidential campaign in 2012 after only two weeks as a foreign policy adviser due to pressure from conservatives over his sexuality.