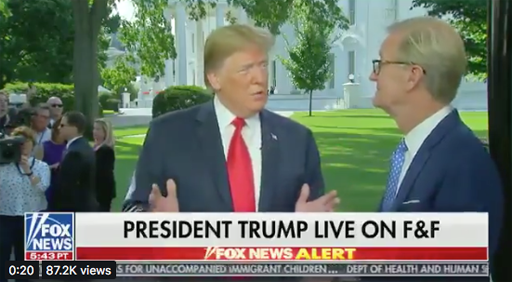 Donald Trump’s lies have become so multitudinous that I’ve not been able to keep up lately.

But I have to address this particular lie, which the Trumpster repeated yet again today.

Donald Trump said a few days ago and then again this morning on Fox News that “so many parents” of Korean War vets asked him on the campaign trail in 2016 to please help bring home the remains of their sons.

Trump repeats the claim that he had “so many parents” of Korean War vets ask him during the campaign to help return the remains of Americans who died there. The average age of parents then would have been between 102 and 111. (via FOX) pic.twitter.com/VtEOzJVDU9

Now, can you imagine tons of folks in their 120s traipsing to Trump campaign rallies and stopping him to ask to bring home their sons’ remains?