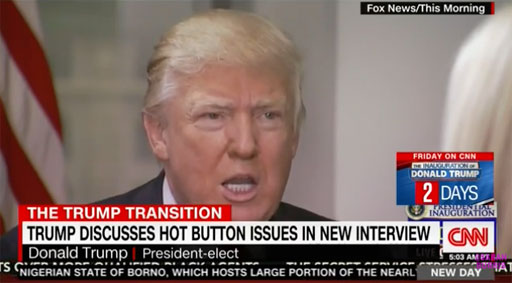 In an interview with Fox News this morning, President-elect Donald Trump says there is no chance that a video of him in a Russian hotel suite with prostitutes will ever show up.