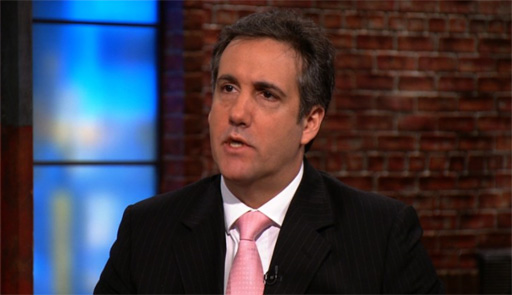 Now – why would he use his TrumpOrg.com account if the payment to Daniels had nothing to do with Trump?

The lawyer, Michael Cohen, also regularly used the same email account during 2016 negotiations with the actress — whose legal name is Stephanie Clifford — before she signed a nondisclosure agreement, a source familiar with the discussions told NBC News.

And Clifford’s attorney at the time addressed correspondence to Cohen in his capacity at the Trump Organization and as “Special Counsel to Donald J. Trump,” the source said.

Cohen has tried to put distance between the president and the payout, which has been the subject of campaign finance complaints.

In a statement last month, Cohen said he used his “personal funds to facilitate a payment” to Clifford, who says she had an intimate relationship with Trump a decade ago.

“Neither the Trump Organization nor the Trump campaign was a party to the transaction with Ms. Clifford, and neither reimbursed me for the payment, either directly or indirectly,” Cohen said in that statement.

But an email uncovered in the last 24 hours and provided to NBC News by Clifford’s current attorney, Michael Avenatti, shows First Republic Bank and Cohen communicated about the money using his Trump company email address, not his personal gmail account.

“I think this document seriously calls into question the prior representation of Mr. Cohen and the White House relating to the source of the monies paid to Ms. Clifford in an effort to silence her,” said Avenatti, who is representing Clifford in a lawsuit against Trump.

You can see the email here.

Daniels’ lawyer says the email suggests the money for Daniels came from a Trump account since Cohen used his TrumpOrg email account to facilitate the transfer.

BOOM! Remember how Michael Cohen denied that Trump / Trump Organization had nothing to do with the $130K payment to Stormy Daniels? Well now we learn that Cohen actually used a Trump Organization email for the transfer of the funds. https://t.co/IF2itYbCAr

Sometimes my personal lawyer will just pay my mortgage off. Without asking. Such a good guy. I'm lucky.— Preet Bharara (@PreetBharara) March 9, 2018

Poetic justice demands Trump be taken down by emails. #KKKarma

Michael Cohen is basically a character from a Coen Brothers movie https://t.co/ZbBz8ea1Hg