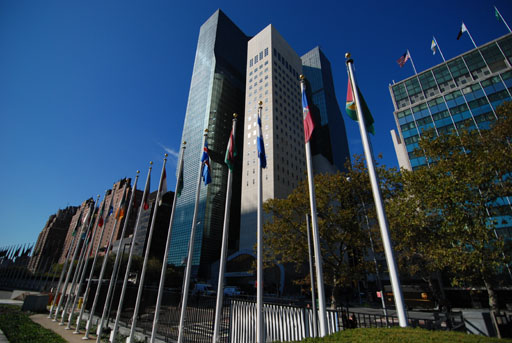 In reversing a nine-year policy begun by then-Secretary of State Hillary Clinton, the Trump administration continues to demonstrate hostility to same-sex couples.

Beginning Monday (October 1), the U.S. State Department will require same-sex partners of staff of international organizations based in the U.S. to be married in order to qualify for a proper visa.

The policy change will affect foreign employees of organizations like the United Nations, the International Monetary Fund and the World Bank.

From the State Department’s website on G-4 visas: “Effective immediately, U.S. Embassies and Consulates will adjudicate visa applications that are based on a same-sex marriage in the same way that we adjudicate applications for opposite gender spouses.”

The State Department issued a statement saying the policy change is meant to “help ensure and promote equal treatment” between straight and gay couples. In order to obtain a G-4 visa, straight couples are required to be married.

The difference for same-sex couples, however, is that in many of their native countries same-sex marriage, or even homosexuality, is illegal.

And, as Fabrice Houdart, a human rights official at the United Nations told NBC News, “The policy seems to presume that same-sex partners should be able to easily visit the United States on a tourist visa where they could get married.

“But for people in many countries, particularly poor and conservative countries like the ones that do not permit same-sex marriage, obtaining a tourist visa to visit the United States is extremely difficult,” he added.

Under the new policy, the partners of United Nations workers, for example, that are not legally married will have 30 days after the new year to either get married or exit the United States.

So, what do these couples do? The choices available to them are abandon their careers here in the U.S. or try to marry and face possible severe penalties back home.

Of the 193 United Nations member states, only a few dozen have recognized same-sex marriage. And then there are countries like Saudi Arabia and Iran which have death penalties for being gay.

Needlessly cruel & bigoted: State Dept. will no longer let same-sex domestic partners of UN employees get visas unless they are married. But only 12% of UN member states allow same-sex marriage. https://t.co/MjZpRVLYcf

And the Human Rights Campaign followed up Powers’ tweet saying the policy change “reflects the hostility of the Trump-Pence administration toward LGBTQ people and our friends and allies.”

“It is hatred, and it is unacceptable,” the HRC added.

This is an unconscionable, needless attack on some LGBTQ diplomats around the world, and it reflects the hostility of the Trump-Pence administration toward LGBTQ people and our friends and allies. It is hatred, and it is unacceptable. https://t.co/Vn8Qkz93gl https://t.co/mtDuzYjZpU