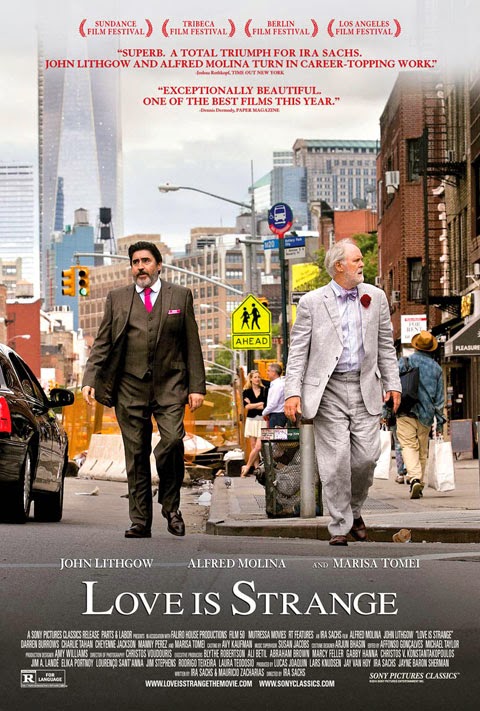 Directed by Ira Sachs (Keep The Lights On, Forty Shades of Blue), Love is Strange follows Ben (John Lithgow) and George (Alfred Molina) who, after 4 decades together, finally tie the knot in an idyllic wedding ceremony in lower Manhattan.

But when George loses his job soon after, the couple must sell their apartment and – victims of the relentless New York City real estate market – temporarily live apart until they can find an affordable new home.

While George moves in with two cops (Cheyenne Jackson and Manny Perez) who live down stairs, Ben lands in Brooklyn with his nephew (Darren Burrows), his wife (Marisa Tomei), and their temperamental teenage son (Charlie Tahan), with whom Ben shares a bedroom.

While struggling with the pain of separation, Ben and George are further challenged by the intergenerational tensions and capricious family dynamics of their new living arrangements.