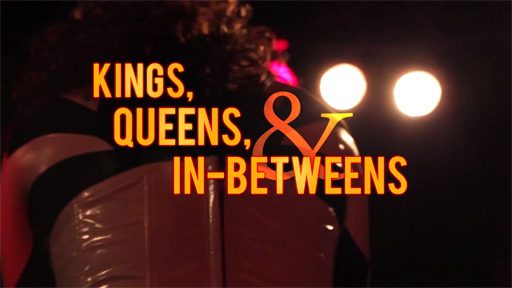 Five years in the making, Kings, Queens, & In-Betweens – addressing issues of identity in sexual orientation and gender – will debut at the Cleveland International Film Festival on April 2nd and 3rd.

KINGS, QUEENS, & IN-BETWEENS is a documentary about gender through the lens of drag, featuring the compelling stories of 8 performers from Columbus, Ohio — “the crown jewel of drag in the Midwest.”

KQIB peels back the layers of identity through the art form of drag and shines a light on the distinctions between gender, sex, and sexuality. Through humor and poignancy, KQIB makes a complex subject approachable for mainstream audiences.

As a pre-festival reviewer wrote: “In this fab documentary…Gender is the New Frontier, and here are the pioneers who are defining, redrawing, and crossing those borders. Call them what you will (and they do not give a damn what that is), they are two things for certain: they are Strong and they are Fabulous. KINGS, QUEENS & IN-BETWEENS will introduce you to your new heroes.”