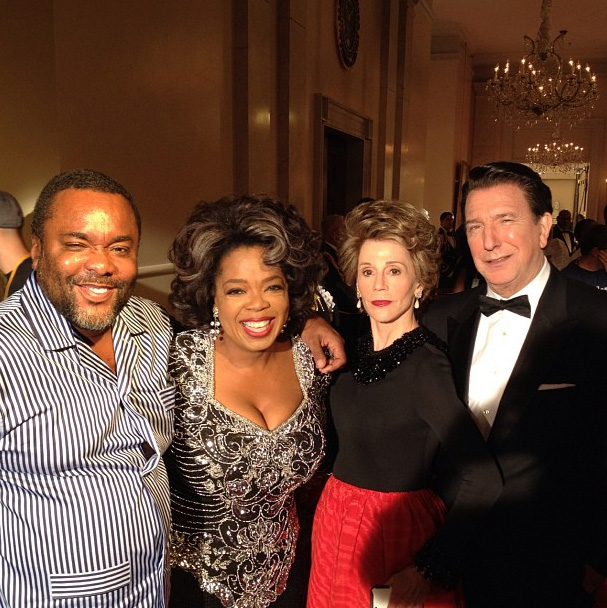 Last September Oprah published the above photo to her Instagram account from the set of The Butler, which she was filming at the time. With her are the film’s director Lee Daniels (Precious), Jane Fonda as Nancy Reagan, and Alan Rickman as Ronald Reagan.  The cast also includes Cuba Gooding Jr, John Cusack, Robin Williams, and more huge stars.

The film is based on the life of Eugene Allen who served eight presidents as the head butler at the White House from 1952-1986.

Just take a look at the trailer. This is clearly something I will not be missing… 🙂