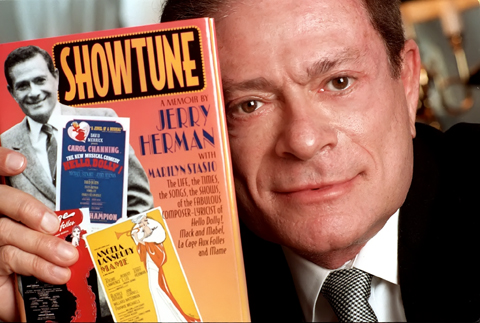 Celebrate this wonderful icon who has given the world such incredible music and Broadway shows.  Jerry’s music not only entertains us but reminds us to never let life pass us by.

I have spent some of the most thrilling moments of my theater career being moved by Jerry’s work in a theater.  His body of work sends a powerful, positive and beautiful message out to the world.  I’m so honored to know Jerry.

Thank you, Jerry Herman, for always reminding us that while we remember our “Song On The Sand”, we need to always get back into life “Before The Parade Passes By.”

On a personal note, I’ll add that were it not for “Hello, Dolly!” (my first Broadway show as an actor), I’d have never met my husband of 23 years. “Dolly Levi” and Jerry Herman once again brought their musical magic to bear, and I’m all the better for it 🙂