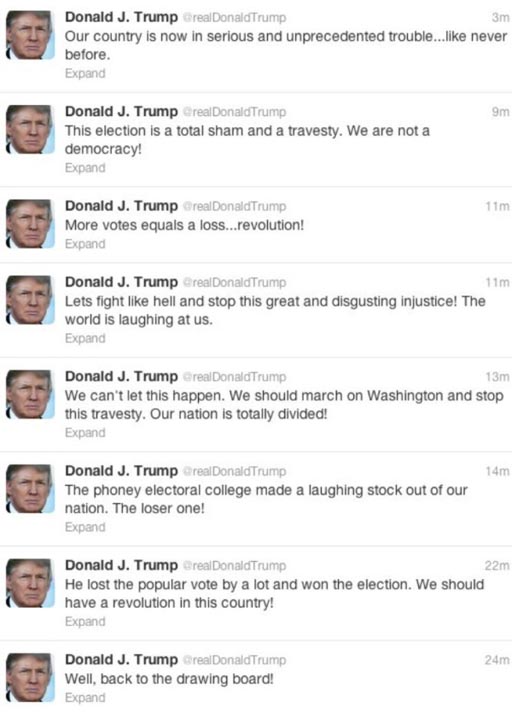 Back in 2012, Donald Trump didn’t care for the Electoral College so much. I’m sure he has a different take today.

The above tweet-storm came after Mitt Romney lost the 2012 election. Not sure why he rails at popular vote/electoral college construct since Obama won both that year.

Here’s a link to one of his rants:

The electoral college is a disaster for a democracy.