John Boehner, Speaker of the House, thought he would play along today with a current, popular hashtag on Twitter among the Tea people #ObamaCareInThreeWords as the House GOP tried for the 37th time to repeal the healthcare reform legislation:

Then, the White House decided to play along.  FTW: 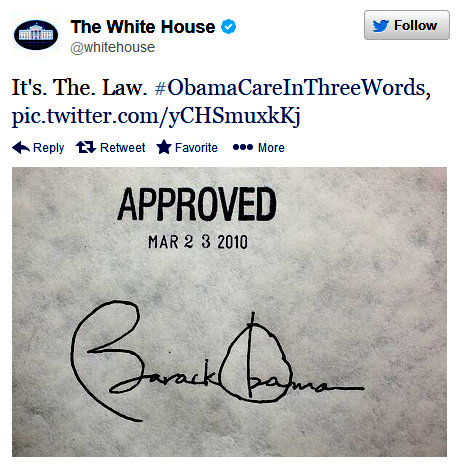 To which the Speaker then tweeted:

It’s hardly “arrogance of power” for the White House to point out the obvious – that “ObamaCare” IS the law of the land.

Time to stop wasting the people’s time, Mr. Speaker. Time to get something done that actually accomplishes something.

The country is waiting.