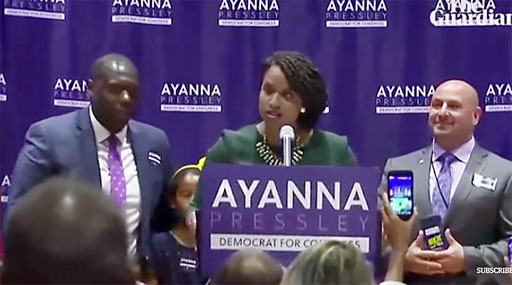 With no Republican challenger looming in the deep-blue district, Pressley is all but assured to win election in November and become the first black woman to represent Massachusetts in Congress, doing so in a district once represented by John F. Kennedy.

This is the moment Pressley found out she won.