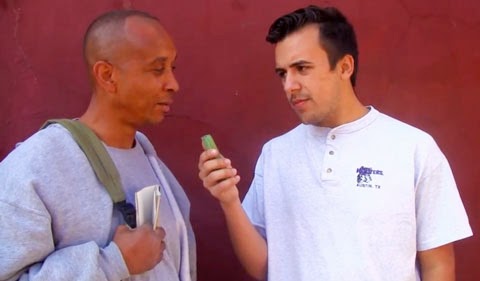 Intrepid YouTube contributor Joseph Costello has posted what he calls his “heterosexuality experiment.”

Roaming the streets of Austin, Texas, Costello asks  folks if they would vote for a “an admitted heterosexual president.”

It turns out a lot of homophobes don’t even know the meaning of the word “heterosexual.”