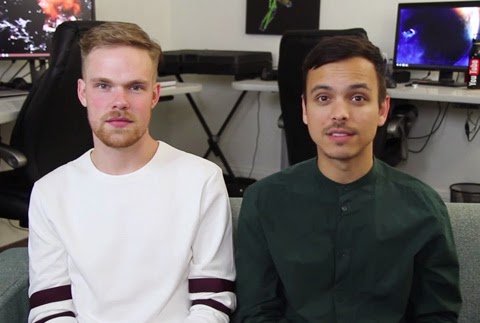 Regular readers of The Randy Report know I love to feature uber-smart and user-friendly videos from the guys at AsapSCIENCE.

As I often mention, watching their clever videos can “make you smarter in two minutes.” And isn’t great to learn a little something new every day?

Apparently, due to negative and homophobic comments on the AsapSCIENCE YouTube pages, the guys decided to come out – again.

Greg and Mitch, who are a couple, say they’ve been out for years.  In the video, they offer their thoughts on the visibility of out gays in science, and how avoiding the issue could have been seen as being back in the closet in some ways.

Great thoughts here on why it’s important to authentically be who we are in the world.

Thanks again, guys, for a great video that makes you think.