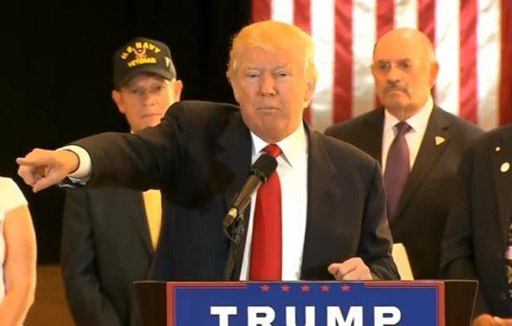 Steve Benen, writing for MSNBC’s “Maddow Blog,” sums up the bits and pieces of Donald Trump’s poorly handled press conference yesterday regarding the dispersal of funds to veterans’ charities:

And as of yesterday, all of this, the Republican candidate insisted, is the media’s fault. Indeed, Trump thinks journalists should be “ashamed” of themselves for scrutinizing his claims that turned out to be wrong.

Not to put too fine a point on this, but in a normal year, in a normal party, with a normal candidate, this is the sort of controversy that could end a campaign. Legitimate presidential hopefuls can get away with some dissembling and the occasional whopper, but Trump was caught telling obvious falsehoods about support for veterans’ charities.

If this happened to Hillary Clinton, is there any doubt it would be the #1 issue in the presidential race between now and Election Day? That every pundit in America would use this as Exhibit A in their takes on why Americans just can’t trust the Democrat?