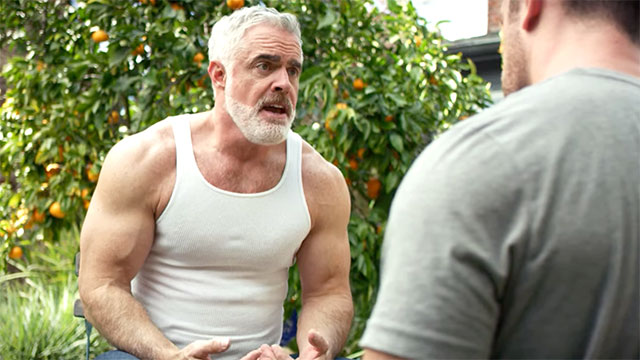 The Disappointments, from creator Rich Burns (above), is a new web series about three middle-aged gay best friends trying to figure out how to live their best lives.

The series explores a pivotal issue people face as they navigate their 50s: What do you do when you realize that time is running short, the road behind you is longer than the road ahead, and your job, your marriage, your relationship with your kids, your life has not turned out at all the way you had hoped and planned when you were young?

In development since 2018, The Disappointments is based, in part, on actual events.

“A few of us were at dinner, reminiscing about a friend, a gay producer who, depressed and struggling with money and career setbacks, had recently and tragically taken his own life,” says writer/director/series star Rich Burns.

“We had other acquaintances who had done the same thing, all within the past few years. These were people in their late 40s and early 50s, all of them feeling hopeless about how their lives had turned out.” 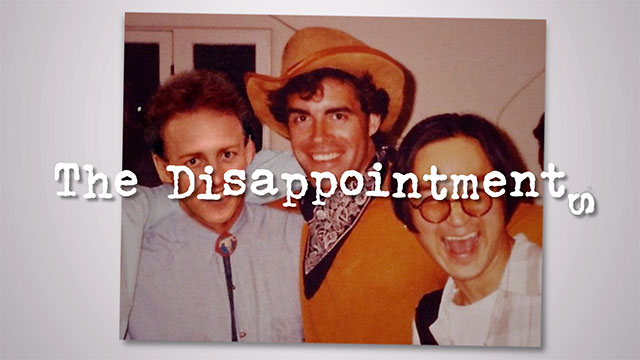 “At the same time, we had friends at whom we marveled,” added Burns. “These were people who recognized that the paths they had chosen for themselves when they were just kids out of school were not going to pan out.”

“They needed new dreams, new careers, new lives. And so, well into their 40s, they bravely shook things up and reinvented themselves, finding happiness and success as a result of the changes they made.”

“Both of these are very different approaches to the same dilemma. And out of this The Disappointments was born.”

The darkly comic series features gay people in their 50s, who suddenly find themselves standing in a room, looking at their their belongings, their careers, their unhappy personal lives, their reflection in the mirror and asking, ‘How did this get to be my life?’ Disillusioned. Disappointed. And the clock is ticking…”

In The Disappointments, the characters take action. Most of it ill-advised. Some of it straight-up disastrous. All in the hopes of turning their disappointing lives around.

This web series aims to be unique by featuring gay men in their 50s dealing with the fallout from faltering careers and empty bank accounts and generally scrambling to figure out how to set themselves up to survive in the decades yet to come.

The first three episodes of The Disappointments will be available to stream on YouTube Monday, November 8.