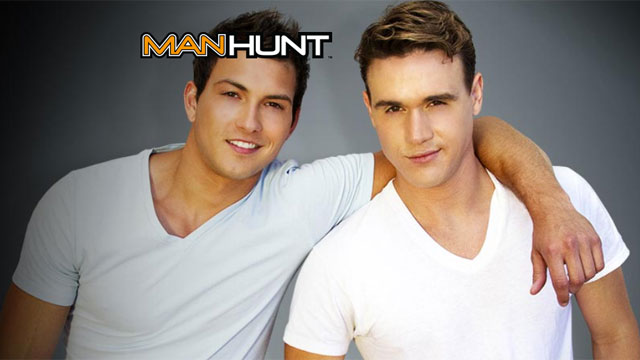 Gamers and gays found themselves at a Twitter intersection this afternoon when “Manhunt” began trending and folks got way excited.

As gays know, Manhunt is the OG gay dating network founded back in 2001. Before we had smart phones and apps to swipe left on like Scruff and Grindr, Manhunt was the online destination of choice for guys looking for a “date.”

The Twitter account for Manhunt even jokes in its bio about the company’s longevity writing, “Yes, we’re still here.”

But on the other side of the social spectrum, “Manhunt” means a whole different thing to gamers.

Part of the Minecraft series, ‘Minecraft Manhunt’ was created by a Minecraft YouTuber named Dream.

The Urban Dictionary files this description: “The basic idea of Minecraft Manhunt is that Dream is trying to beat the Ender Dragon while his friend/s try to stop him, and they have a compass they can use to track him down.”

Not being a gamer, I’m not really sharp on what that means, but it’s apparently really popular.

Manhunt was also a horror-based video game launched in the 2000s. Gamers chatting on the idea of a reboot is apparently what actually got the word trending on Twitter.

It's trending because a lot of us are talking about old horror games that deserve remakes, one of which being Rockstar's Manhunt series https://t.co/YdkmKZYOrr

BUT – when the term “Manhunt” began trending, true-blue gamer hearts began to flutter…until they discovered the ‘other’ Manhunt.

GUYS MANHUNT IS A GAY HOOK UP SERVICE??? pic.twitter.com/af1o7GXqbo

#Manhunt is trending and no its not because dreams manhunt its because its a GAY HOOKUP SITE. IM WHEEZING AHAHAHAHA pic.twitter.com/oxYoGtltVU

and im never looking at manhunt trending ever again 👏👏👏👏 pic.twitter.com/hkGy6ZGVpe

is manhunt trending because of dream, the game, or the gay hookup service I just found out about while scrolling through

Gosh, why is Manhunt trending when it's not about Dream's manhunt!!! I was so scared that I missed something important! X'D

There’s a Gay dating website called Manhunt, so my mind went in a different direction.