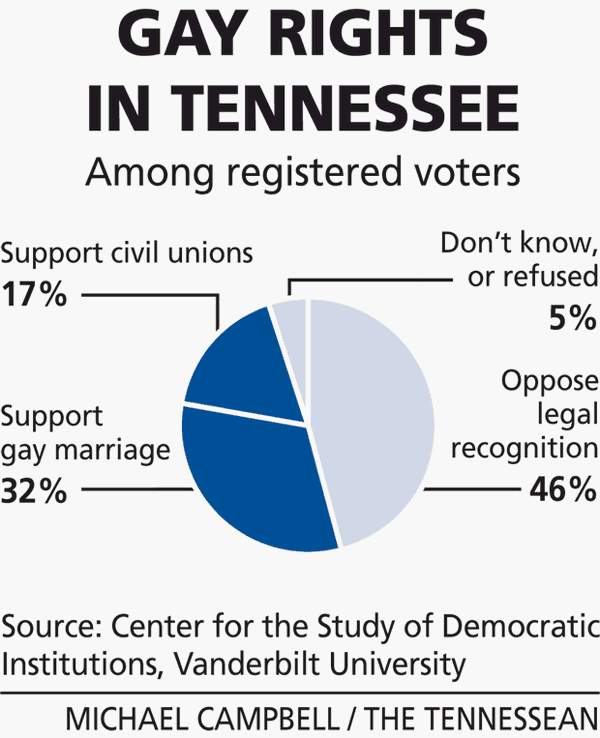 In 2006, 81% of voters in Tennessee approved a state constitutional amendment defining marriage between one man and one woman as “the only legally recognized marital contract” in the state.

A new poll by Vanderbilt University shows a marked improvement in LGBT rights in the state.

That being said, the state’s constitutional ban remains a big obstacle for LGBT rights advocates for years to come.