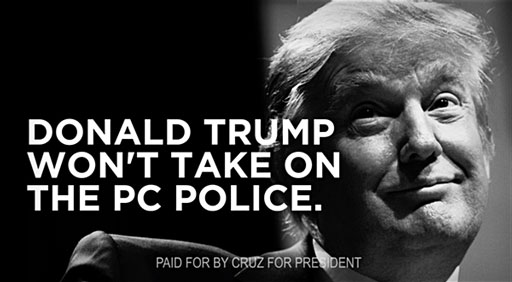 Text of the spot:

“Should a grown man pretending to be a woman be allowed to use the women’s restroom? The same restroom used by your daughter? And your wife? Donald Trump thinks so. It’s not appropriate and it’s not safe. It’s PC nonsense that’s destroying America. Donald Trump won’t take on the PC police. He’s one of them.”