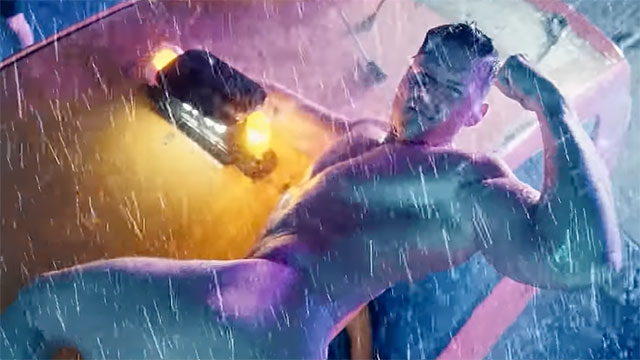 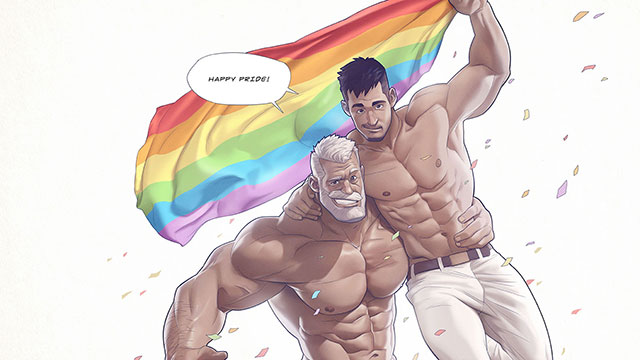 • InstaHunks: From my favorite illustrator on the Gram of Insta, Silverjow (above) offers his ‘hunks of the week’ celebrating Pride Month. Make sure you follow him on Instagram here.

• The Hill: Pentagon press secretary John Kirby told reporters today the defense department will continue the existing policy from July of 2020 regarding the display or depiction of unofficial flags. “There won’t be an exception made this month for the Pride flag.”

• Kenneth-in-the-212: Click over to Kenneth’s weekly round-up of the what’s what in local LGBTQ publications like the 14th anniversary issue of Southern California’s RAGE Magazine (below).

• NY1 News: Forging a vaccination card or providing fraudulent proof of immunity could soon be a felony in New York based on a measure approved Thursday by the Democratic-led Assembly.

• Right Wing Watch: Far-right wing provocateur Milo Yiannopoulos says that as soon as he became “ex-gay,” dogs stopped barking at him, which he believes is a sign from God.

Milo Yiannopoulos says that as soon as he became “ex-gay,” dogs stopped barking at him, which he believes is a sign from God. pic.twitter.com/AgDrmFka2h

• Out Music: Todrick Hall celebrates Pride with the release of his new single – “Boys In The Ocean” – an irresistible funk jam that rides along an infectious bass line and guitar licks, primed for summer escapism. 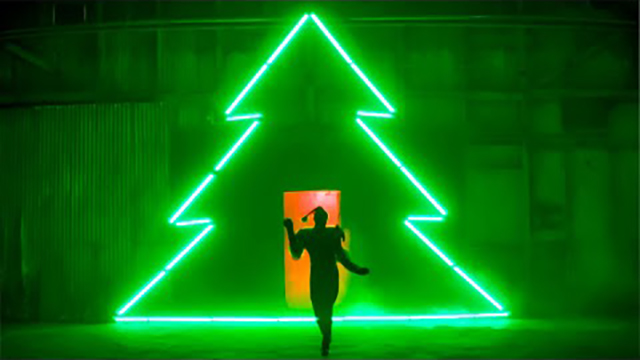 • Edge Media: Will Columbia be 2021’s most popular LGBTQ travel destination? The South American country has been gaining traction as the next hot spot for queer travelers.

• NewNowNext: Inspired by the legendary Black and Latino houses and vogue balls in 1980s New York City, the illuminating, fierce documentary Deep In Vogue introduces North Americans to Manchester’s “Northern Vogue” scene. The film will be available on December 8.

• The Hill: Former Presidents Barack Obama, George W. Bush and Bill Clinton are offering to publicly take the COVID-19 vaccine to prove its safety and encourage Americans to be inoculated.

• NowThis News:  This is the Trump campaign’s star witness before Michigan state legislators today whose unhinged voter fraud testimony broke the internet. “With friends like this, who needs enemies?”

• The Gaily Grind: Also at the Michigan hearing today, another of Rudy Giuliani’s witnesses said she thinks “all Chinese look alike” while making the argument for a voter ID requirement in Michigan.

• Instinct Magazine: Sleigh what!? Todrick Hall has reworked his now-legendary track ‘Nails Hair Hips Heels’ for the holidays, serving up a brand new version titled “Bells Bows Gifts Trees” that is sure to help get us through a holiday season like we’ve never seen before. 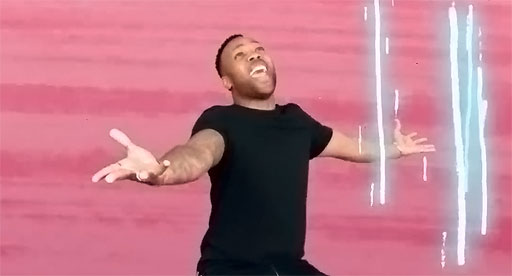 With just one line from each song (you do know them all, yes?) plus a signature move, Hall totally captures the tunes.

Just a day away from the Opening Ceremony of WorldPride in New York City, Wednesday, June 26, 2019.

The event will be formatted as a benefit concert at Barclays Center in Brooklyn.

Proceeds from the ticket sales to this historic concert event will support Ali Forney Center, Immigration Equality, and SAGE – three leading organizations in the LGBTQIA+ movement based in New York City.

Whoopi Goldberg will host the ceremony, featuring a growing medley of acclaimed speakers and performers.

Cyndi Lauper, iconic performer for the LQBTQIA+ community and New Yorkers alike, leads the initial release of the talent line-up.

Chaka Khan, one of the world’s most gifted and celebrated musicians, will also perform at the WorldPride Opening Ceremony.

Billy Porter  is a Tony  and Grammy Award-winning actor, singer, director, composer, and playwright from Pittsburgh, PA. He currently stars as ‘Pray Tell’, in in the FX series “Pose,” for which he has received both a Golden Globe and Critics Choice nomination for Best Actor in a Drama Series.

Todrick Hall is a multi-talented singer, rapper, actor, director, choreographer, and YouTube personality who rose to prominence on American Idol.

The Ali Forney Center is the nation’s largest and most comprehensive agency dedicated to LGBTQ homeless youths—assisting nearly 1,800 young people per year through a 24-hour Drop-In Center, which provides over 65,000 meals annually, medical and mental health services through an on-site clinic, and a scattered-site housing program.

SAGE is the world’s largest and oldest organization dedicated to improving the lives of lesbian, gay, bisexual, and transgender (LGBT) older people. Founded in 1978, and headquartered in New York City, SAGE is an organization that offers supportive services and consumer resources to LGBT older people and their caregivers.

Immigration Equality is the nation’s leading LGBTQ immigrant rights organization, representing and advocating for people from around the world fleeing violence, abuse and persecution because of their sexual orientation, gender identity or HIV status.

The powers that be have added even more talent to make June 26th an unforgettable evening at the Barclays Center! 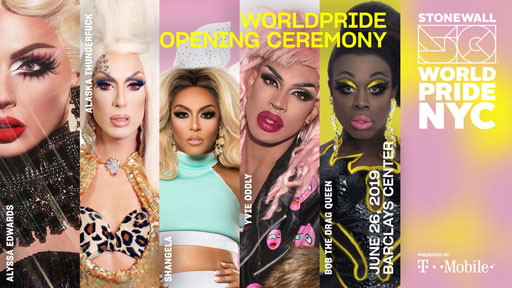 Have you purchased your tickets to the WorldPride Opening Ceremony yet? Click here for info. 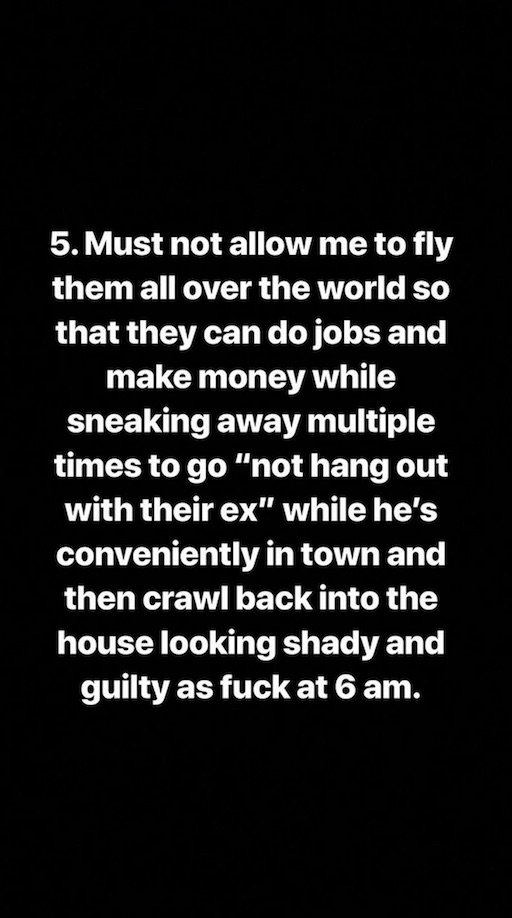 Back in the day, when a boyfriend cheated on you, you would break up and then call your besties to tell the sad tale.

But in today’s world of social media, some folks tell the WORLD.

Todrick Hall first garnered national attention in 2010 as a contestant on American Idol, and has gone on to release two studio albums, develop a YouTube channel which has almost 3 million subscribers, star on Broadway in Kinky Boots and Chicago the Musical as well as appear on RuPaul’s Drag Race as a judge and choreographer.

Todrick took to social media last night to read his newly-kicked-to-the-curb ex-boyfriend for filth on his Instagram story in an epic rant.

He began by sharing his new rules for applying for the position of “boyfriend” with his 1.2 million followers.

The first ‘new rule’ is something sensible, like needing someone to be able to express themselves in a mature manner and not “hold in their feelings.” 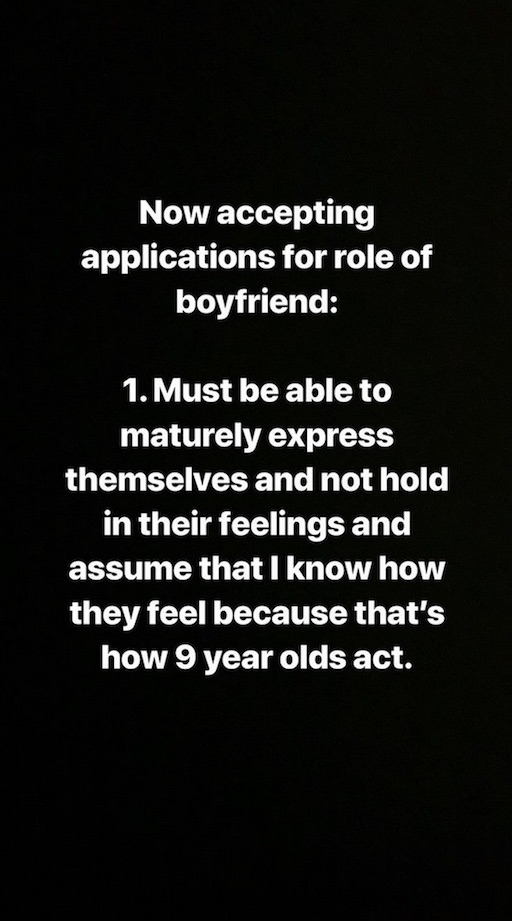 From there, things escalate.

The next ‘new rule’ reads “Must not come on tour with me, meet other guys, start sleeping with them and give them comp tickets to my show particularly on days when I’m burying my relatives.” 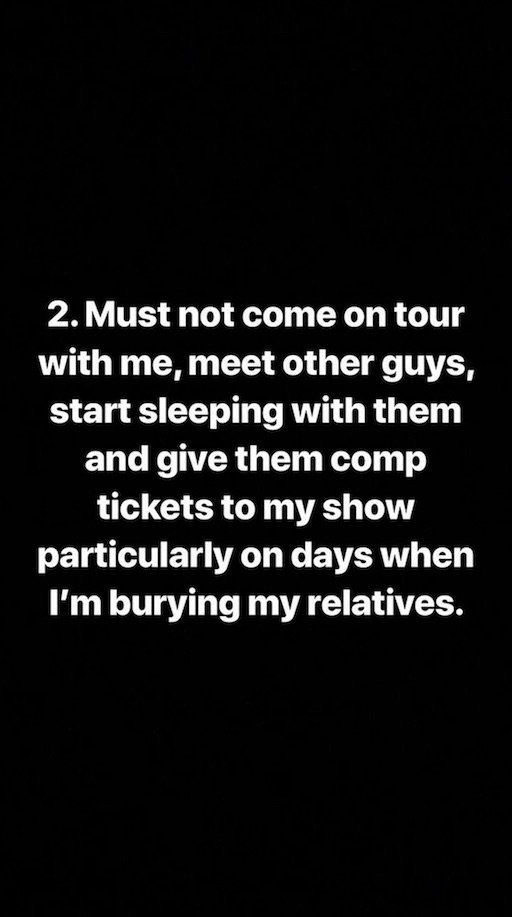 And Todrick is just getting started.

“Must not lie to me about what they’re doing when they’re sleeping with me when they’re new secret side fling isn’t around.” 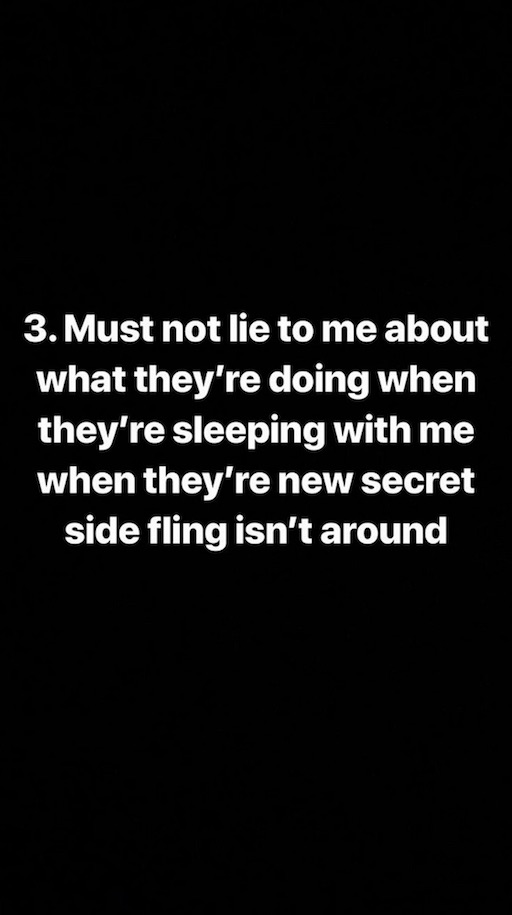 Rule number 5 reads, “Must not allow me to fly them all over the world so that they can do jobs and make money while sneaking away multiple times to go “not hang out with their ex” while he’s conveniently in town and then crawl back into the house looking shady and guilty as f**k at 6 am.”

After several more ‘new rules,’ Todrick goes into full-on burn mode addressing the ex directly saying “you used me, made me feel like sh*t.”

The actor/singer/dancer tells the ex, “It is taking everything in me to not go Kim Chi on a b*tch and just post, tag and blast your shady ass you little b*tch.”

He quickly adds, “But give me one reason, ONE REASON and I will annihilate you.” 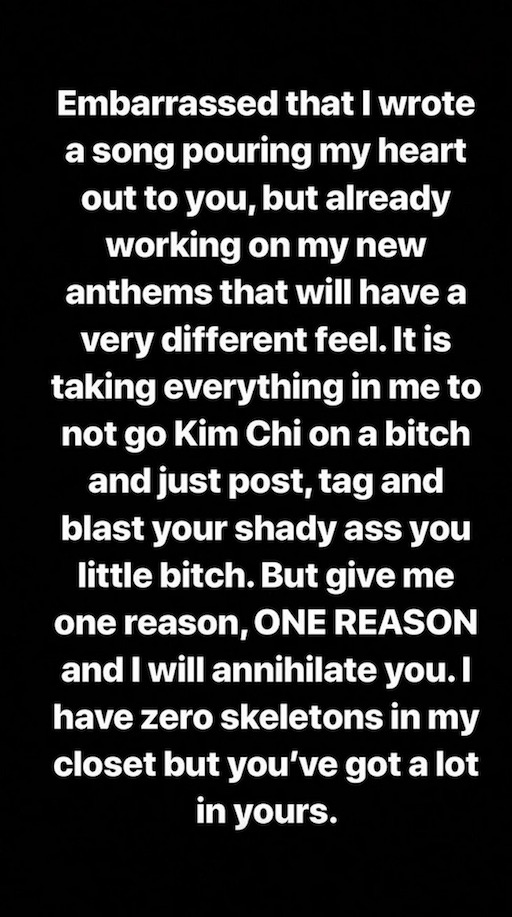 There was much more after that as Todrick posted pics of the former bf labeling him “liar” and more.

The 33-year-old YouTube star closed by sharing that he’s “legit shaking,” adding “I haven’t been this pissed in over a decade.”

He also shares that while he’s usually a ‘high road’ kind of guy, “I have to stand up for myself this time and say how I truly feel.”

The lesson of the day? Do not cheat on Mr. Todrick Hall.

He will not suffer fools lightly.

An industrious YouTuber put the entire rant into one video. You can watch it all unfold below.

After a sold-out national tour of his show Straight Outta Oz and over 400 million views on YouTube, Todrick Hall will be putting on his thigh-high, candy red “Kinky Boots” as he takes on the role of “Lola” in the Broadway smash hit musical.

Hall has previously appeared on the Great White Way in Memphis and The Color Purple.

Kinky Boots producers Daryl Roth and Hal Luftig said in a statement, “We’re so thrilled to have Todrick join the company and get to show off his incredible talent to Broadway audiences.”

The musical, directed and choreographed by Jerry Mitchell with a score by Cyndi Lauper and book by Harvey Fierstein, won six Tony Awards in 2013 including one for leading man Billy Porter in the role of “Lola.” 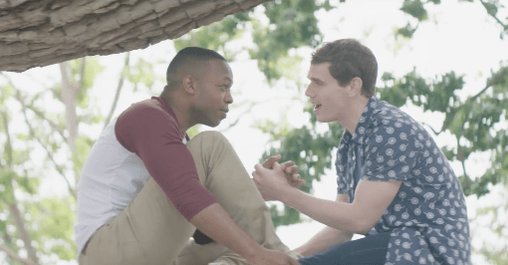 Talented Todrick Hall gives us the new music video for his song, “Color.”

The video shares a vision of a biracial, same-sex relationship, showing Hall holding hands and being physically comfortable with Broadway actor Jay Armstrong Johnson as they fit right in with the  colors of nature. 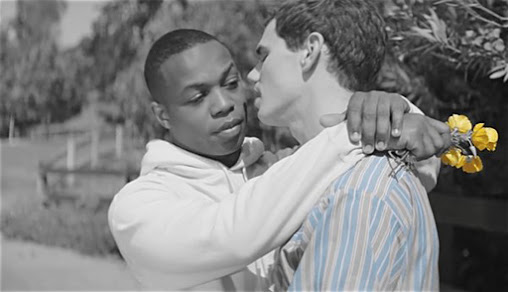 American Idol finalist Todrick Hall stars in Virgin America’s newest pre-flight safety video. And what a video this is!

The rapping flight attendants on Southwest have NOTHING on this production.

From the video description: Buckle up to get down. We’ve enlisted the help of Virgin Produced, Director Jon M. Chu, Choreographers Jamal Sims and Christopher Scott, Virgin America teammates, and dance stars like Todrick Hall and Madd Chadd to give our safety video a new song and dance — literally. From the exit doors to the oxygen masks, no seat belt was left unbuckled.

In related news, Todrick recently released his “Spell Block Tango” video complete with Disney villains for Halloween. Check it here if you missed it.