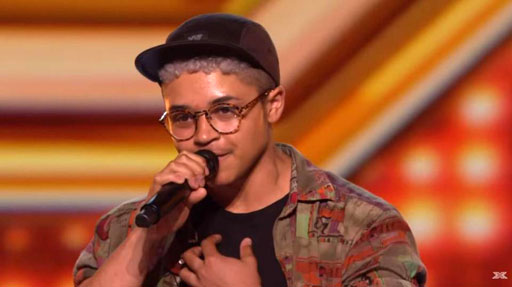 X-Factor UK judge and pop star Robbie Williams got some heat on social media this weekend after asking a transgender contestant his birth name before his performance.

Before Felix Shepard of Birmingham could launch into his take on Kodaline’s “All I Want,” he mentioned that he was trans, and it was his hope was to be “more than just a transgender guy” on the show.

The crowd roared its approval 🙂

Williams took that as his cue to pose some personal questions of Shepard asking him what his birth name had been as well as inquiring, “When did you know you were Felix?”

For those who may not know, asking a transgender person their birth, or “dead name”, is considered “verbally violent” as it is seen as disregarding their gender identity.

From The Advocate: “’Deadnaming’ someone who is transgender is the practice of uttering or publishing the name that a trans person used prior to transition. Cisgender people often refer to this as a trans person’s ‘real’ name, as if the name a trans person either uses or have legally had changed is somehow less real than the one given them at birth, when they were assigned male or female. It is seen as a verbally violent offense that attempts to invalidate a person’s authentic gender identity.”

Fans on social media were not amused:

#XFactor okay so Felix is lovely and I’m really proud to see another trans person on the TV, but has No-one told Robbie Williams it’s considered pretty darn rude to ask someone’s birth name? That’s quite an on-the-spot situation to be put in, having to explain oneself.

Hey @robbiewilliams I must say I felt it was offending from you to ask Felix’s deadname… I’m sure there was no bad intentions Behind the question but Felix’s name is Felix. He changed it because the other one didn’t fit and I don’t think it was relevant to bring it up? #Xfactor

@robbiewilliams made an honest mistake. It’s not his fault that he wasn’t educated on trans issues ect, it’s important to educate people! Education is important! Let’s learn from this and stop using #deadname

But in an interview with The Sun, Shepard explained that Williams had asked in private if he could pose the question. Shepard asserts Williams was nothing but respectful.

“I was in no way offended by Robbie’s question and he did ask me if it was okay beforehand but they didn’t show that on the episode,” says the 20-year-old singer. “He was extremely sensitive about it and said ‘do you mind me asking?’ It’s a shame viewers didn’t get to see that.”

“After my audition he even came backstage and shook my hand and said another well done,” Shepard added. “He was very much on a level with me. It’s just not a common every day thing to hear about on Saturday night TV and it’s not something people have pocket knowledge about; it isn’t always in daylight for people to see. I don’t take it personally; I just know people don’t have a great understanding of it.””

Fortunately, the vast majority of the response Shepard has experienced since his performance aired has been very positive.

“It has been overwhelming – the amount of people who’ve messaged me to show their love has been amazing,” said Shepard. “I’ve had messages from a few trans guys who’ve told their families that they’re trans and parents with kids that are going through it have contacted me. I stayed up until 5am replying to every single message.” 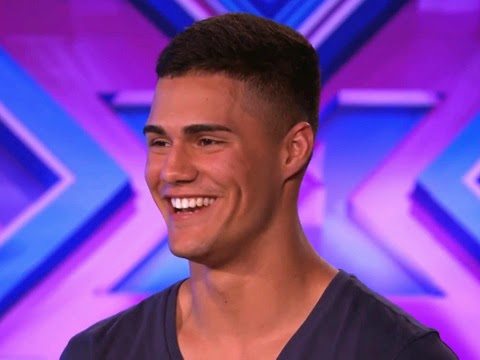 After wowing The X Factor UK judges with his rendition of Enrique Iglesias’ ‘Hero,’ hunky Charlie Martinez, currently serving in the US Air Force in the UK, revealed he had to get clearance from higher ups to audition for that ITV talent show.

Martinez tells the judges: “I actually had to get special permission from my squadron commander. I had to sing for her.”

It’s clear to see new X Factor judge Mel B was quite taken with the 19 year old.

As always, Simon Cowell made the call, saying “the girls are going to love you.”

Watch his audition below. 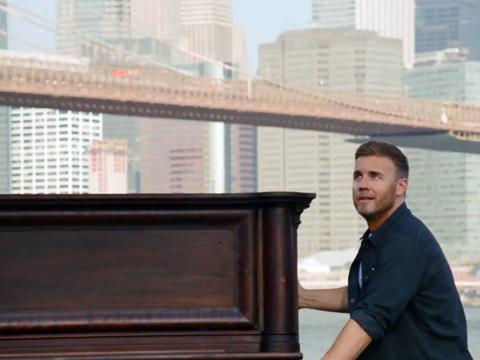 Gary Barlow, X Factor judge and Take That frontman, has a new album coming out – “Since I Saw You Last” – available in the US December 3rd.

Barlow is looking pretty woofy in the first single/music video, “Let Me Go.”

I’ve never really understood why Barlow, Take That or his band mate Robbie Williams didn’t take off in the US, considering they’ve been uber-successful in the UK. 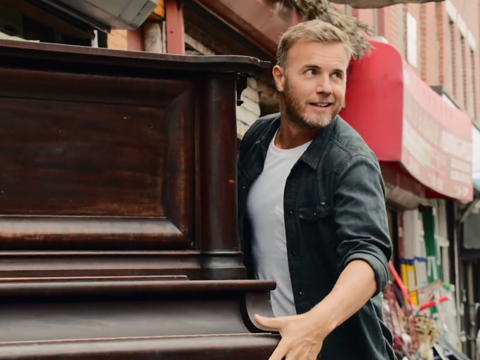 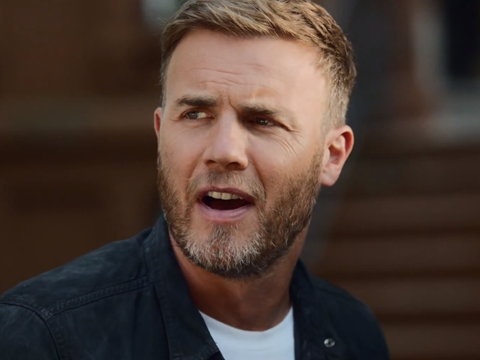 I discovered the fab Matt Cardle along with most of the world as he won “The X Factor” in the UK and released his million selling single “When We Collide.” Since then,  he’s released his platinum selling debut album, Letters, and sophomore album The Fire.

Millions of sales later, ‘Loving You’ is the newest single from Matt  (featuring Melanie C) and it’s terrific.  Co-produced by Cardle with Jamie Scott & Toby Smith (ex-Jamiroquai). The track features Cardle on guitar and drums and is the first taster of his as-yet-untitled new album, due for release this October.  Release date for the single is August 18.

“I met Melanie at the Isle of Wight Festival last year,” says Cardle. “I’m a big fan and I’ve always loved her voice. I had already started writing ‘Loving You’, and I thought with a few changes it could work perfectly as a duet. I’m really thrilled with the song and I can’t wait for people to hear it.”

One of a very elite group of male solo artists with a platinum-selling debut album, Cardle has sold over two million singles and albums combined, and has completed four sell-out UK tours in the past two years.

Check out Matt Cardle newest single above and more of his videos  on iTunes.