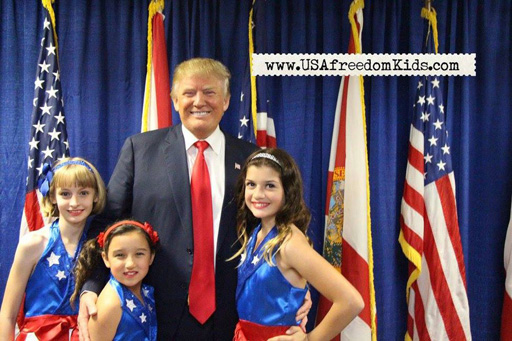 Another day, another broken deal with Donald Trump.

Jeff Popick is not only the father of one of the USA Freedom Kids but he created the pre-teen musical group.

Back in January, the star-spangled kids’ performance of “Over There” at a Donald Trump campaign rally became a viral sensation.

But now, Popick is ready to sue the Trumpster for reneging on payment to the kids for their appearance.

“I’m doing this because I think they have to do the right thing,” Popick said to the Post about his plans to file a suit. “And if this means having to go through the court system to enforce them doing the right thing, then that’s what I have to do. I’m not looking to do battle with the Trump campaign, but I have to show my girls that this is the right thing.”

Popick explained to the Post that his agreement with the campaign was mostly verbal, and he never had a written contract. He spoke with various campaign officials, including former campaign manager Corey Lewandowski, and agreed that the Freedom Kids would be paid $2,500 for the Pensacola performance. The campaign then offered to set up a table at the rally where they could sell albums. But no such table was ever set up.

The girls were also invited to perform at Trump’s impromptu event for veterans in January that was planned in lieu of a Fox News debate. But after traveling to Iowa, the Freedom Kids did not get a chance to perform.

In truth, this is the essence of Trump.

Throughout the past year, several stories have surfaced chronicling Trump’s many instances of stiffing past employees and contracted employees. So, in truth, this is just more of the same for Trump.

Doesn’t matter to his followers, though. They probably appreciate his ability to “negotiate” this. 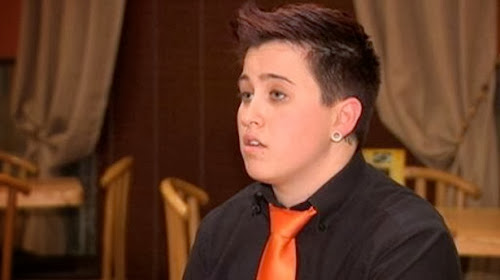 I’m a server at Gallop Asian Bistro in Bridgewater, NJ and THIS is what happened to me today…..

NEVER in a million years did I think this would happen. Not only was it a family with two kids, but as I introduce myself and tell them my name is Dayna – the mom proceeds to look at me and say “oh I thought you were gonna say your name is Dan. You sure surprised us!”

I am THOROUGHLY offended mad pissed off and hurt that THIS is what her kids will grow up learning and that I served in the Marines to keep ignorant people like them free. Sorry lady but I don’t agree with YOUR lifestyle and the way you’re raising your kids but you didn’t see me throwing that in your face and giving you shitty service. Keep your damn mouth shut and pray we never cross paths again.

I’m guessing the “guest” didn’t pick up on the fact the server had served in the US Marines.  I wonder if that would have made a difference.

The Huffington Post reminds us that this isn’t new:

Last month, a waiter at Carrabba’s Italian Grill in Overland Park, Kan., found that some Christian diners had left on the back of a receipt a shockingly homophobic message — peppered with anti-gay language — in lieu of a tip. Although the diners said his service was “excellent,” the note called his lifestyle an affront to God.

“We hope you will see the tip your fag choices made you lose out on, and plan accordingly,” the note continued, per to the New Civil Rights Movement. “It is never too late for GOD’S love, but none shall be spared for fags. May GOD have mercy on you.”

So, now that we’re tipping based on approval of what we “think” of someone’s “lifestyle” – can folks stiff a waiter for having too many kids? Or for being Christian? Or for being African-American?

How far does this go? 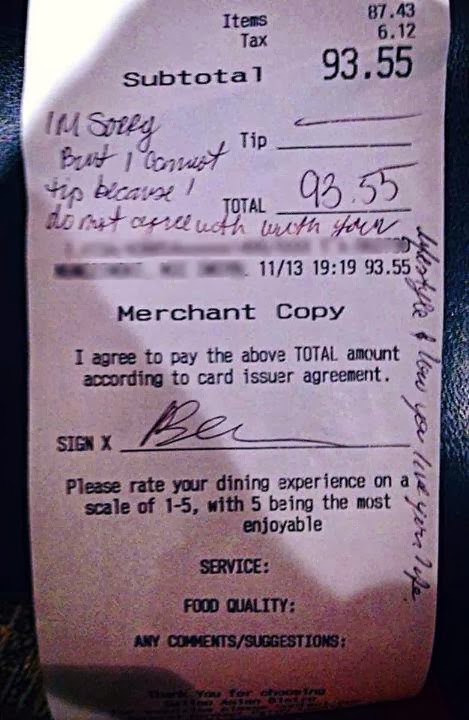