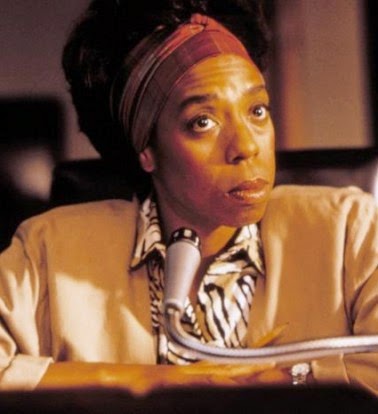 I’ve been a fan of Lynne Thigpen’s work since I can remember seeing the movie adaptation of Godspell.

Featured in 1978’s Working, she sang this song about unrealized dreams of American workers. She was nominated for a Tony Award in 1981 for Tintypes; and won the Tony Award for Best Featured Actress in a Play in 1997 for her work in An American Daughter.

Plus, tons of TV and movie work – notably playing “Luna” in the television show, Bear in the Big Blue House as well as “The Chief” on the long-running PBS children’s geography game show Where in the World Is Carmen Sandiego?

Sadly, Thigpen died of a cerebral hemorrhage on March 12, 2003. What a great, great talent who we lost too soon.

Her voice, her confidence, her range. Just fantastic.