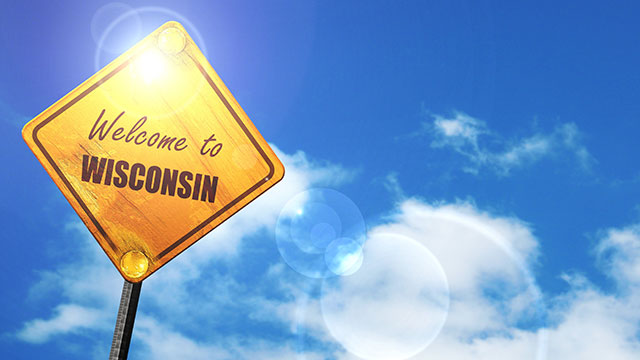 The recount of the presidential vote in Wisconsin – requested and paid for by the Trump campaign to the tune of $3 million – is complete and it appears Joe Biden’s lead increased by 87 votes.

After Milwaukee County completed its tally Friday and Dane County concluded its count Sunday, there was little change in the final breakdown of the more than 800,000 ballots that had been cast in the two jurisdictions. As a result of the recount, Biden’s lead over Trump in Wisconsin grew by 87 votes.

“The Wisconsin recount is not about finding mistakes in the count, it is about finding people who have voted illegally, and that case will be brought after the recount is over, on Monday or Tuesday,” tweeted Trump on Saturday as he saw the writing on the wall. “We have found many illegal votes. Stay tuned!”

The Wisconsin recount is not about finding mistakes in the count, it is about finding people who have voted illegally, and that case will be brought after the recount is over, on Monday or Tuesday. We have found many illegal votes. Stay tuned!

JUST IN: The vote recount in Wisconsin has been completed. 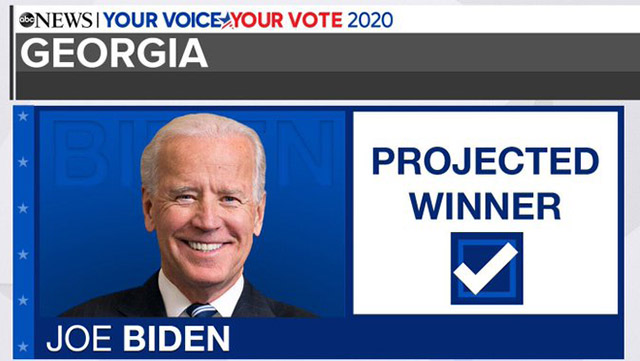 The results of a week-long hand recount of ballots in Georgia show President-elect Joe Biden did win the Peach State.

Georgia has finished its statewide audit of the razor-thin presidential race and President-elect Joe Biden defeated President Donald Trump, according to a news release from the Secretary of State’s office.

Biden beat Trump by 12,284 votes, according to the final results from the audit. This is a slight drop for Biden compared to the pre-audit results.

Officials have said repeatedly that the audit confirmed there was no widespread fraud or irregularities in the election.

Per state law, the Trump campaign will have two business days to request a machine recount once these results are certified which is expected to occur on Friday.

CNN: Georgia has finished its statewide audit, according to a press release from the GA Secretary of State’s office. President-elect Biden beat Trump by 12,284 votes, according to final results from the audit. 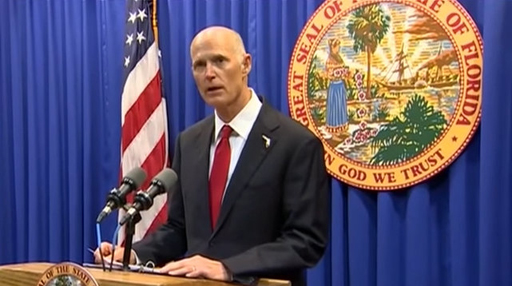 Even though no winner has been called for the still-this-close Senate race in Florida, Republican Gov. Rick Scott flew to Washington D.C. to take part in ‘freshman orientation’ events for the Senate.

Check out the photo below as Scott poses for photos next to Senate Majority Leader Mitch McConnell.

NEW: Rick Scott is in Washington today meeting with @senatemajldr and other incoming GOP senators despite continued recount in #Florida #LiveDesk pic.twitter.com/VSer8n0vuA

A lawyer for Scott told U.S. District Judge Mark Walker today that the governor plans to recuse himself from certifying the election results, just like he did in 2014, when he was ran for re-election.

Here’s the latest on the recounts in Florida from the Orlando Sun-Sentinel:

The results from the manual recounts are due by noon Sunday, and the state canvassing board is scheduled to certify the results of the election on Tuesday. 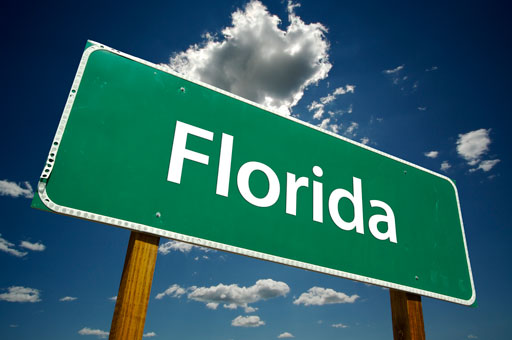 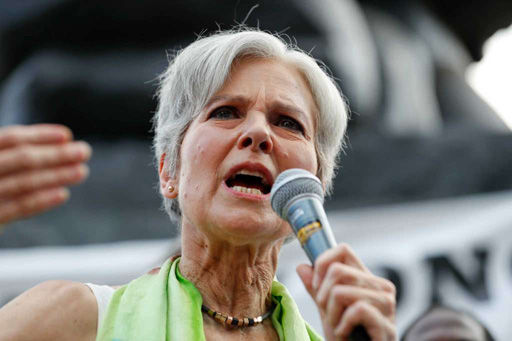 Jill Stein’s recount of the Michigan presidential vote has been ordered to stop by a federal judge because there’s no “evidence of tampering or mistake.”

In his eight-page opinion, U.S. District Judge Mark Goldsmith said “there is no basis” for him to ignore a state court ruling that said the recount should never had started. He was referring to the Michigan Court of Appeals 3-0 ruling, which said that Green Party Candidate Jill Stein, who requested the recount, never had a shot at winning with her fourth-place finish and 1% of the vote, and therefore was not an aggrieved candidate.

Goldsmith’s ruling also bolstered some arguments that were repeatedly made by the Michigan Republican Party: that there was never any evidence that hacking or fraud occurred at the polls, and that Michigan’s voting system is so secure that not even the “Gremlins, Martians or Russian hackers” could tamper with it. That argument appeared to carry some weight with the judge.

“To date, plaintiffs have not presented evidence of tampering or mistake. Instead, they present speculative claims going to the vulnerability of the voting machinery — but not actual injury,” Goldsmith wrote, adding the potential for fraud is not enough to continue to allow the recount to proceed. 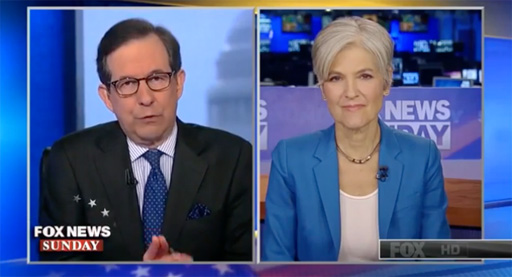 Said Wallace, “There’s not a chance in the world here, Dr. Stein, that the vote is going to change in those three states.”

I honestly don’t understand why conservatives are so adverse to a recount.

The money has been raised by private citizens, it’s not costing the American taxpayer anything, and it’s legal. Plus, for weeks Donald Trump ranted that the “system was rigged.” Just this week he asserted that there were “millions” of illegal votes in other states.

So  what’s so bad about looking into these issues?

I don’t believe a recount will change the outcome of the election, but I do agree with Dr. Stein that irregularities will always lead to questions unless we actually audit results in our elections.

What harm could there be?

And one more thing – Wallace asserts that Stein is doing exactly what Trump declared before the election in that he said he may or may not accept the results of the election.

The difference between the two is that Trump was saying he might not accept results based on nothing that had happened yet. Stein is acting now, in a perfectly legal manner, based on the research of computer experts who have seen irregularities that don’t seem to make sense. Trump’s statements before the election are not the same as Stein’s after. 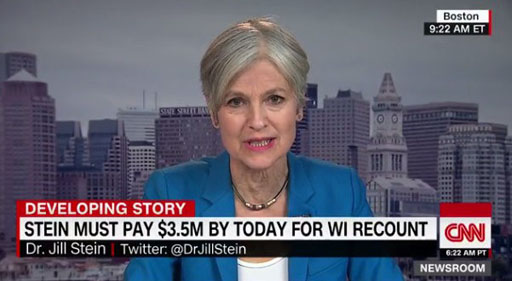 Jill Stein, appearing on CNN this morning, said Americans will never know for sure if voter fraud is a true threat to our electoral system unless we actually CHECK the votes.

During the last weeks of the presidential campaign, Donald Trump repeatedly asserted that voter fraud was real and rampant. Many of his followers bought into those statements.

But if we’re ever really going to know how wide-spread (or not) the issue is, we have to see how reliable our systems truly are.

“You cannot see voter fraud unless you actually check the votes,” she said on CNN Tuesday morning. “There’s absolutely no way to know. We should have checks and balances built into the process.

“There should be an automatic audit and we should not be using these voting machines that have been proven to be so incredibly unreliable, that are incapable of actually reading what the marking is on the piece of paper.”

“I’ve always said when I was asked throughout the campaign, ‘Would I stand up and call for a recount if there were doubts about the reliability of the vote?’ ” she said. “I’ve always said ‘yes.’ “I’ve never taken sides in this election between the two establishment candidates. We do not have skin in the game. We’re here to stand up for everyday voters who need a better way forward.

Dr. Jill Stein on recount: “You cannot see voter fraud” unless you check the votes, so we need “checks and balances” https://t.co/IOybHfrrV0 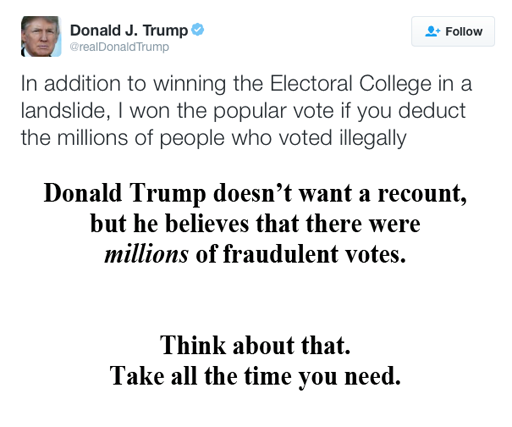