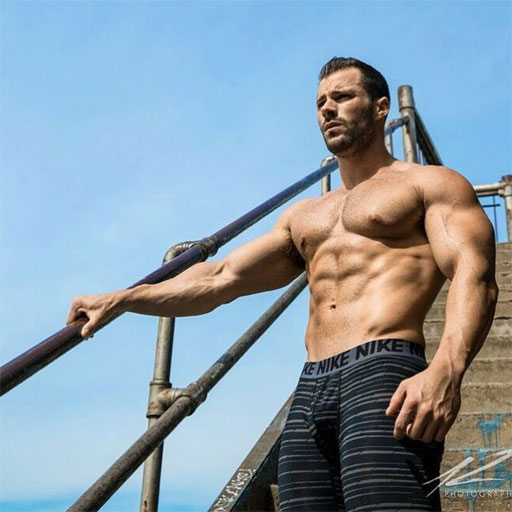 • Fitness model Quin Bruce reminds me of the classic Mamas & Papas song: “Monday, Monday, so good to me.”

• Out actor Colton Haynes will return for Season 7 of The CW’s ARROW as a series regular again.

• Jimmy Kimmel has apologized for using gay jokes in his ongoing online feud with Sean Hannity.

• Even conservative pollster Frank Luntz says the GOP is in “deep trouble” and could very well lose both the House and the Senate in the 2018 fall mid-term elections.

• A dad’s request to see his son’s “boy toy” boyfriend went viral for all the right reasons.

• A gay man in Melbourne, Australia, was the victim of a brutal homophobic attack by three men after leaving unconscious and unable to open his eye for three weeks.

• That hilarious time that Fox News accidentally posted a graphic with poll results showing them to be the “least-trusted” news network on the air. “That’s the not the graphic we’re looking for. Hold off. Take that down, please.” #oops 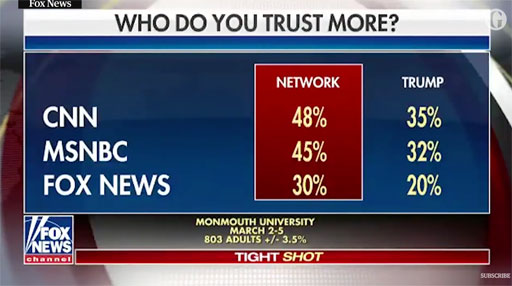 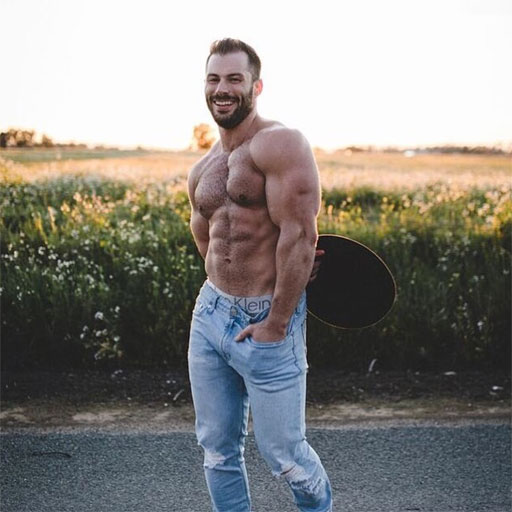 When your weekend view just got that much better… 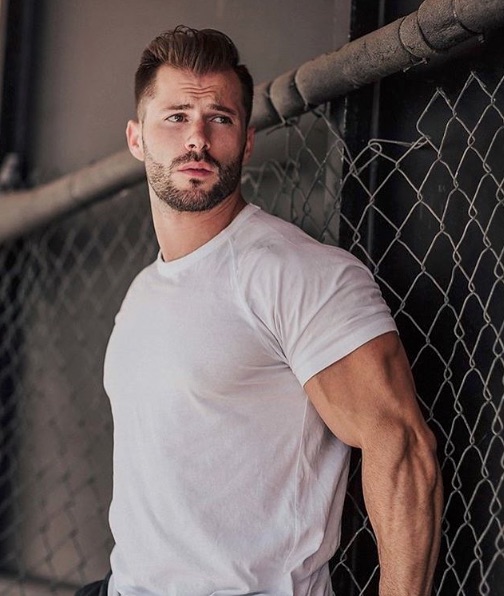 • According to a national tracking survey, support for LGBTQ people across the country has fallen for the first time in four years.

• Researchers from Johns Hopkins Medicine and Harvard University have found transgender people are increasingly opting for gender confirmation surgery. From 2000 to 2014, researchers found such surgeries have increased fourfold.

• Chilean film A Fantastic Woman made history last night at the Oscars as the first film with a main transgender storyline and starring an out transgender actress to win at the Academy Awards taking home the statue for Best Foreign Film.

• Donald Trump’s self-determined deadline on a legislative fix for “Dreamers” came and went today. The courts stopped the government from deporting “dreamers” but, what now?

• The always ethereal Lana Del Rey covers “You Must Love Me” from the film adaptation of Andrew Lloyd Webber’s Evita.

Sir Andrew penned the song specifically for the film and went on to win the Oscar for “Best Original Song.” I’ve always felt the new tune helped Madonna take home the Golden Globe for Best Actress for her performance as “Eva Perón.” 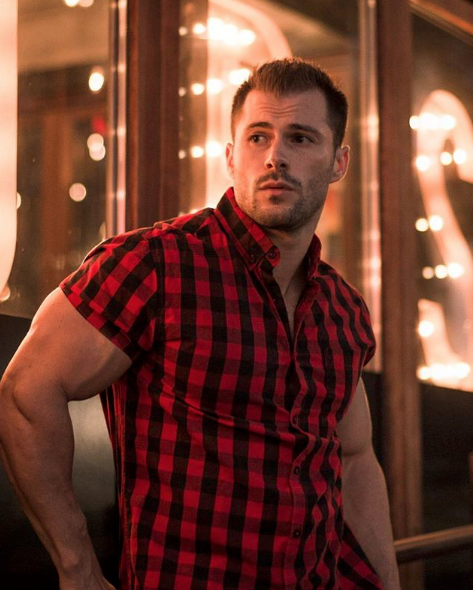 
• Sixteen year-old Joshua Rush, who plays the Disney Channel’s first openly gay character on Andi Mack, says it was important to him to “do it right.”

• Members of the Republican-controlled Virginia House of Delegates on Thursday killed a proposed amendment to the House budget bill that would have added sexual orientation and gender identity to its nondiscrimination provision.

• In the aftermath of last week’s school massacre in Parkland, Florida, several major businesses are ending their partnerships with the National Rifle Association.

• According to Donald Trump, CNN and MSNBC are “failing.” But not according to the latest info from the Standard Media Index which shows that MSNBC grew its revenue from from January 2017 to last month by a 62% and CNN jumped 32% year-over-year. Fox News showed a polite 17% increase.

• Brendan Fraser says a Hollywood bigwig sexually assaulted him by fondling his butt (and more) and the incident affected his acting career.

• Out bronze medalist Adam Rippon says with the Olympics coming to a close, he would definitely take time to chat with Vice President Mike Pence about LGBT issues.

But – Rippon doesn’t think the two have much to chat on: “Mike Pence doesn’t stand for anything that I was taught when I grew up, and I think that it’s important if you’re given the platform to speak up for those who don’t have a voice.”

“Mike Pence doesn’t stand for anything that I was taught when I grew up, and I think that it’s important if you’re given the platform to speak up for those who don’t have a voice.” @Adaripp tells @craigmelvin pic.twitter.com/w3No1ksMq4 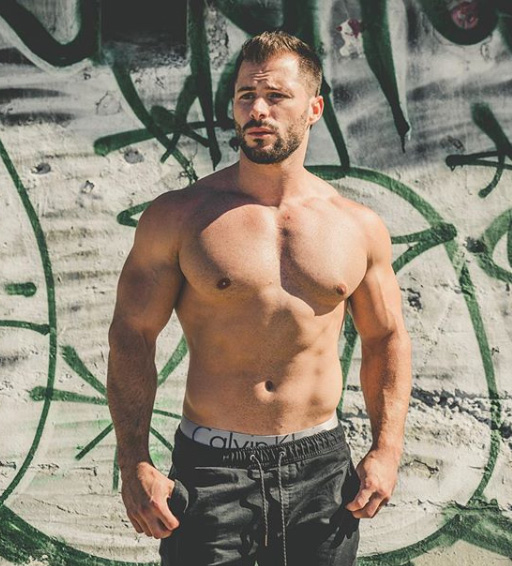 • A top Fox News executive had his anti-diversity op-ed yanked offline. “Unless it’s changed overnight, the motto of the Olympics, since 1894, has been ‘Faster, Higher, Stronger,'” he wrote. “It appears the US Olympic Committee would like to change that to ‘Darker, Gayer, Different.'” Out of 243 U.S. athletes in PyeongChang, 10 are African-American, 10 are Asian-American and only 2 are openly gay.

• The Trump administration wants to allow states to add work requirements and possibly lifetime caps for Medicaid recipients. How might that affect people with HIV?

• Veteran professional race-car driver Hurley Haywood comes out in the upcoming autobiography Hurley: From The Beginning.

• And as I close out this round-up, how about one more pic of our out Olympians Gus Kenworthy and Adam Rippon at the opening ceremonies of the Winter Olympic Games? #LGBTproud 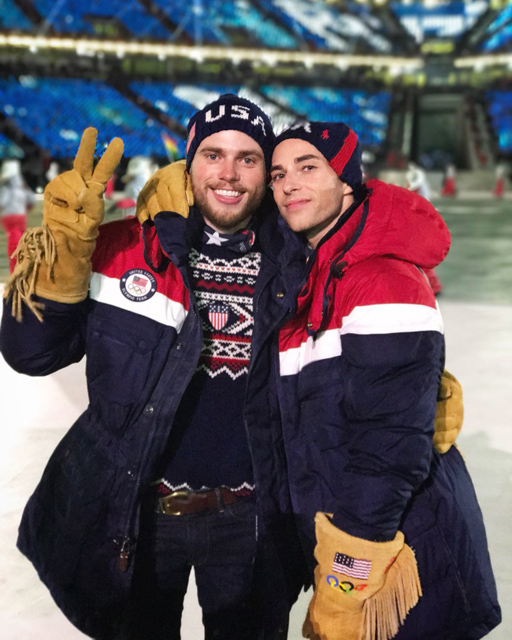 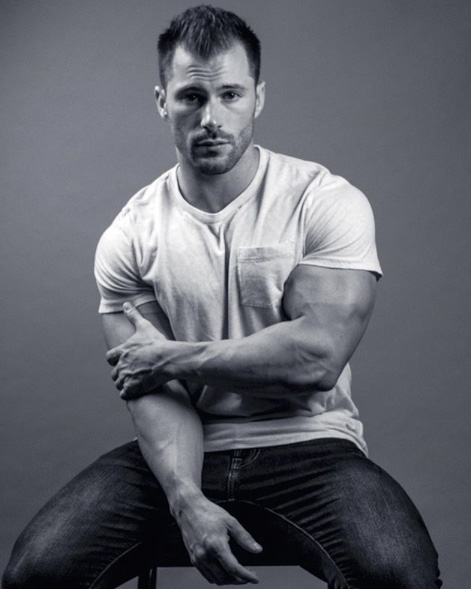 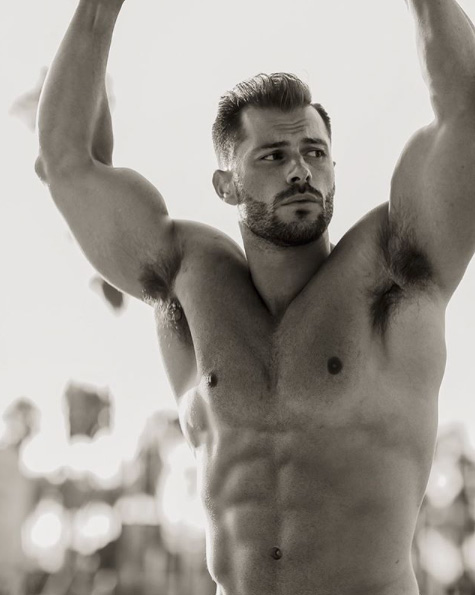