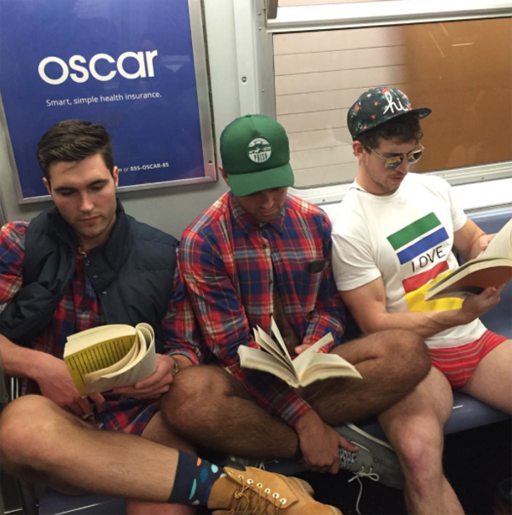 The “No Pants Subway Ride” is an annual event started in 2002 by Improv Everywhere in New York.

People ride the subway dressed in normal winter clothes without pants, all while keeping a straight face. 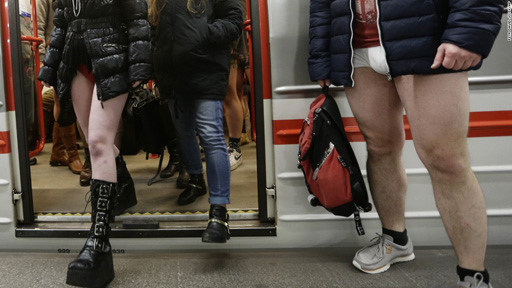 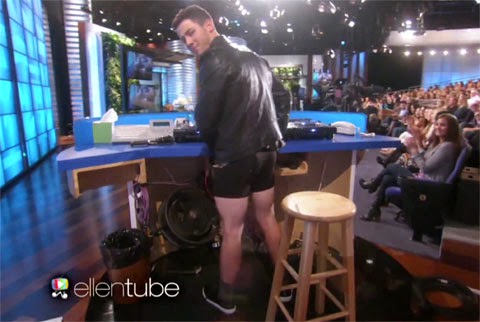 Stopping by ELLEN to talk on his DirecTV show KINGDOM and his new album, Nick Jonas announced that he’s kind of done taking off his shirt for a while.

So, he took off his pants instead 🙂

Nick has made a point to include his gay fan base lately, telling the Advocate,:

“I don’t know why more heterosexual male artists don’t embrace their gay fan base, because it’s so important. At least, I feel like it’s such an important part of my fan base, so I wanted to make an effort and it was incredible to be around my gay fans and celebrate.”