In an interview with Billboard Magazine this week, music pop-tart Justin Bieber tried to shade movie/music legend Bette Midler, but was quickly eclipsed by the interwebs.

When Bieber’s dad tweeted about a recent nude paparazzi pic of the Bieb, exclaiming his son’s apparent endowment, Midler fired off a typically “divine” response.

.@justinbieber dad tweeted he’s proud of his son’s penis size. I think the biggest dick in this situation is the dad who abandoned his son.

So, this week, Bieber attempted to throw shade the Divine Miss M’s way:

“This Britt Meddler,” says Justin, unintentionally mangling the stage-and-screen legend’s name. “I don’t even know who that is, honestly. I wanted to immediately say ‘Who is this lady?”

.@justinbieber Britt Meddler! I don’t know who that is either! But damn that bitch!

When I first heard @justinbieber dropped my name pic.twitter.com/smVkusq5VR

For the record, it WAS cold there in @BetteMidler‘s shadow.

Ok, so the award for “Most Awkward Tweet of the Day” goes to Justin Bieber’s father, Jeremy, who sent out the above tweet upon seeing the recent naked pics of the Bieb, which apparently shows he’s packing some serious junk.

I haven’t seen the pics – I can’t stomach Justin Bieber. But, now we know where Justin gets his “charming” ways.

The twitterverse was appropriately horrified. 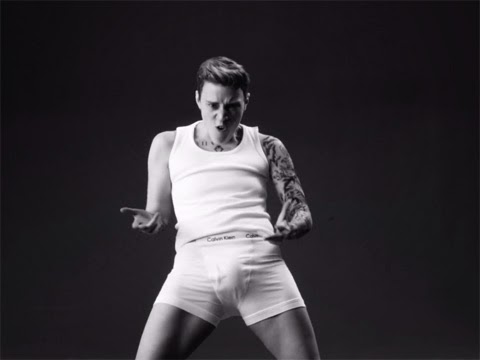 I’m guessing this is what the photo shoot with the Biebs was realllllly like. 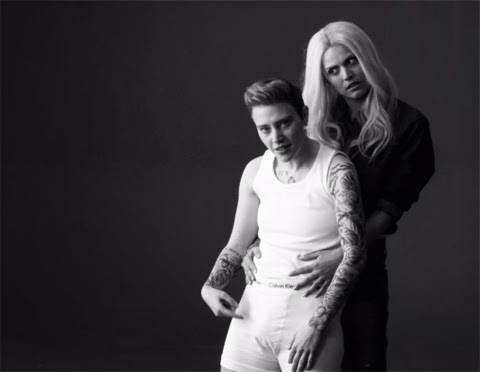 Much has been made of the photoshopping of the Biebs for his new Calvin Klein underwear campaign.

This GIF of the “before” and “after” pics of little Justin made me laugh. 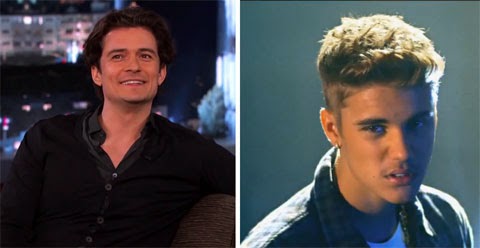 Earlier this week, one of the biggest celebrity stories had to do with actor Orlando Bloom taking a swing at singer and constant punk Justin Bieber.

There’s basis for friction between the two as apparently Bieber flirted with Bloom’s wife Miranda Kerr back in 2012, leading to their divorce.

Then, Bloom is rumored to have spent time with Bieber’s ex-girl friend Selena Gomez.

Two days ago in Ibiza, things escalated at a local hot spot making Bloom an international hero to those folks who have lost patience for the childish antics of Bieber:

“Justin was at one table, and Orlando was at another,” a source told us. “But when Bieber and his party were later walking past Bloom’s table, Orlando refused to shake Bieber’s hand.” Then, “Bieber said something rude to Orlando, like, ‘She was good.’”

And that’s when a fist went swinging at the Biebs.

Now, a petition has been organized calling for honoring Bloom with his own national holiday for his heroic stance against the pop-tart:

On a fateful evening this July 29, 2014 actor Orlando Bloom fed the Pop Music miscreant Justin Bieber a knuckle-sandwich on behalf of the entire civilized world.

This is something you, as the leader of the free world, must reward with an executive order declaring July 29 as a national holidayhonoring Orlando Bloom.

We compel you to do right by every civilized and cultured human being walking this earth by exercising your power for this most just of causes.

You may familiarize yourself with the story by reading this:

Clearly there won’t be a holiday named for taking a swipe at an asshole like Bieber.

But it’s fun to think so… 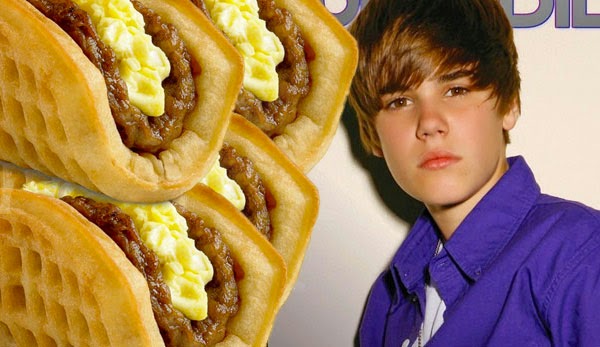 Taco Bell’s president, Mr. Brian Niccol, took part in one of Reddit’s popular “Ask Me Anything” chats this morning to talk on the launch of the chain’s newest offering: a breakfast menu.

But the BEST of the interview? When asked when the new menu would be offered in Canada, Niccol responded “When you take Bieber back.”

Seth Rogen dropped by Bravo’s Watch What Happens Live Wednesday night to explain a tweet he posted back in January in which he called spoiled brat pop star Justin Bieber a piece of excrement.

Rogen made clear his words were not taken out of context:

Plus, Rogen added, “He puts people’s lives in danger.”

Well, in case anyone needed further proof what a jerk and basic waste of anyone’s time Justin Bieber is, check out his douche-bag behavior below during his deposition (via TMZ) for a lawsuit in which Bieber is accused of directing his bodyguards to attack a photographer.

Bieber can barely bring himself to whisper answers, so when the court reporter asks him to speak up since she can’t hear a “yes” from a “no” he learns how to speak up enough to be an asshole.

In another clip from TMZ, when asked if Usher discovered him, Bieber disses his mentor and says he was actually discovered on YouTube. The best part … he clearly was trying to say he himself was instrumental in his success, but instead he says, “I was detrimental to my own career.”

Well, at least HE knows the truth.

Can anyone explain why teenage girls think this is so cool? 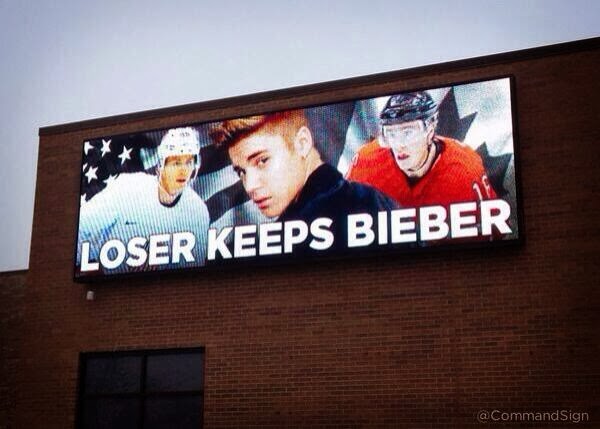 Kane and Toews play for Teams USA and Canada, who face off Friday at 11 a.m. in an Olympics men’s hockey semifinal.

I have to laugh out loud at this.  Little Bieber has grown more and more of an annoyance with his bratty behavior wherever he goes.

I guess it’s “loser gets the loser.”