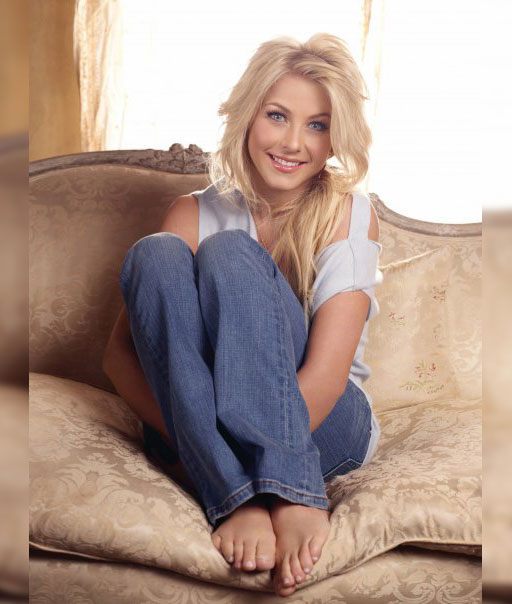 In a new interview for Women’s Health Magazine, DWTS alum/America’s Got Talent judge Julianne Hough shares that she once told her husband, “You know I’m not straight, right?”

The revelation came amid a “massive transformation” period for the 31-year-old actress and dancer just four months after marrying hockey player Brooks Laich in July 2017.

In working to develop her own dance-based workout called Kinrgy (kin as in family and kinesthetic, plus energy), she felt more and more empowered and confident.

Hough says that confidence became transformative and cathartic in her life.

“I’ve been de-layering all the survival tactics I’ve built up my whole life,” she explains. “Now, I feel limitless.”

As her new-found confidence began to permeate other aspects of her life, she wondered if that might be a turn-off for her husband.

“I was connecting to the woman inside that doesn’t need anything, versus the little girl that looked to him to protect me,” Hough tells Women’s Health. “I was like, ‘Is he going to love this version of me?’ But the more I dropped into my most authentic self, the more attracted he was to me. Now we have a more intimate relationship.”

With that deeper intimacy came the courage to share some truths with Brooks.

View this post on Instagram
Things are heating up! 🔥🔥 Today, I am on my love’s podcast @howmenthinkpodcast and it. gets. REAL. I can’t think of a better way to spend our 2 year wedding anniversary than to talk about the intimate details of our relationship for the world to hear. 😜 Love you babe! 😘 Click the link in bio to listen!!
A post shared by Julianne Hough (@juleshough) on Jul 8, 2019 at 9:09am PDT

Audiences have grown to know Hough since she was first cast in 2007 as a professional dancer on Dancing with the Stars. That was followed with the leading role in the 2011 film remake of Footloose.

In 2016, she played Sandy in the live Fox television production of Grease. And in 2019, she joined the reality TV series America’s Got Talent as a judge.

It’s understandable that Hough would have some trepidation about opening up about her sexuality. She and her famous DWTS brother, Derek, were raised in the very anti-LGBTQ Mormon Church in Utah.

But today she finds ’safety’ in living authentically.

“I think there’s a safety with my husband now that I’m unpacking all of this, and there’s no fear of voicing things that I’ve been afraid to admit or that I’ve had shame or guilt about because of what I’ve been told or how I was raised.”

Hough also shares how she got over her fear of being naked as she posed for an extensive nude photo shoot for the ‘Naked Strength’ issue of Women’s Health.

SShe recently joined her hubby Brooks and his co-host Gavin DeGraw on their podcast, How Men Think, to discuss intimacy, sex and more.

“We have never been so specific, detailed and open about exactly what goes on in our relationship and our respective thoughts and approaches to intimacy and sex,” the former Los Angeles King forward told Closer Weekly about the podcast chat.

“We give people our exact specifics, how we create intimacy, why it’s important to us and open up about our sex life.”

View this post on Instagram
Happy birthday to my love! Thank you for being you 💛 And for having those abs 😉
A post shared by Julianne Hough (@juleshough) on Jun 23, 2019 at 10:48am PDT

View this post on Instagram
& it’s just the beginning… ✨ To learn more about the conscious decision I made to be on @womenshealthmag #nakedstrength cover, head over to @kinrgy where I will share more on the transformational journey I have been on this past year and how I got to where I am now spiritually, mentally and physically. Head over to @kinrgy and join the movement! 📷: @brianbowensmith
A post shared by Julianne Hough (@juleshough) on Aug 1, 2019 at 6:27am PDT 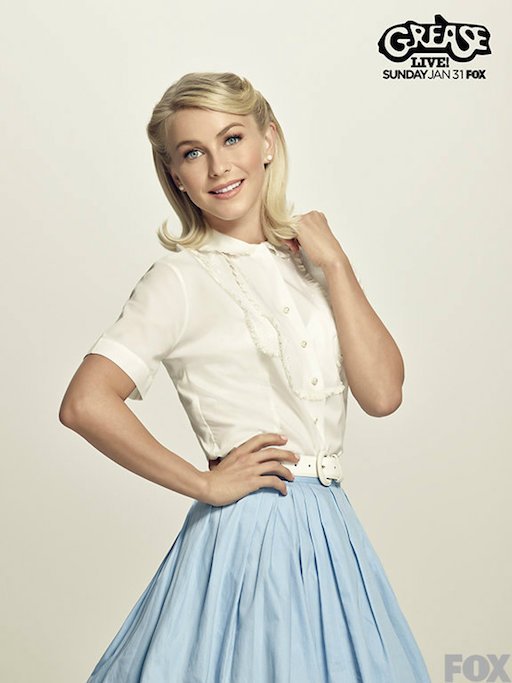 I think this looks great! Clearly, the producers are paying respectful homage to the enormously successful 1978 film starring Olivia Newton-John, John Travolta and Stockard Channing. I like that.

Btw – I hear there may be a cameo from a certain “Pink Lady” in the upcoming television presentation. Wanna guess who?

Grease LIVE! will air on January 31 on FOX. 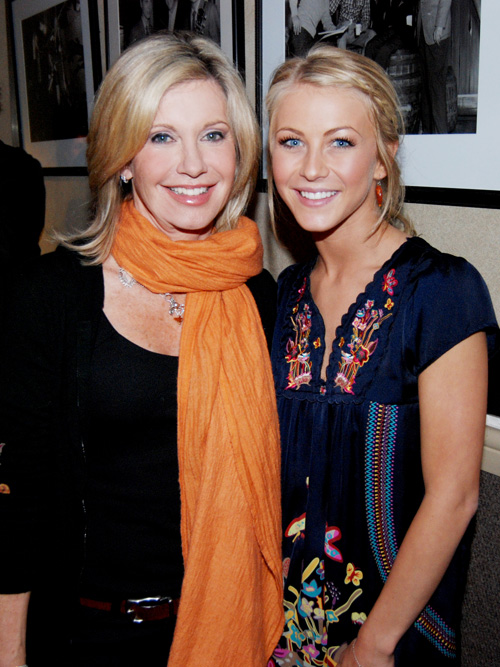 From the NY Daily News: “At the Peggy Siegal Company’s special screening of “Rock of Ages” at Landmark Theatres Sunshine Cinema on Wednesday, we told Hough that her winning performance in the movie reminded us of Newton-John in “Grease.” The Utah hottie replied that she was happy to hear that because, early in her career, she told her management “I would love to have a career like Olivia’s. I like the idea of being able to be both sexy and sweet.”

Olivia and Julianne have actually met before when Julianne attended a concert by Olivia in Nashville, TN, a few years ago, both looking very beautiful.