Oprah Winfrey has snubbed her creation, Dr. Mehmet Oz, the Republican candidate running for the U.S. Senate in Pennsylvania, and endorsed his opponent – Lt. Gov. John Fetterman (D) – instead. END_OF_DOCUMENT_TOKEN_TO_BE_REPLACED 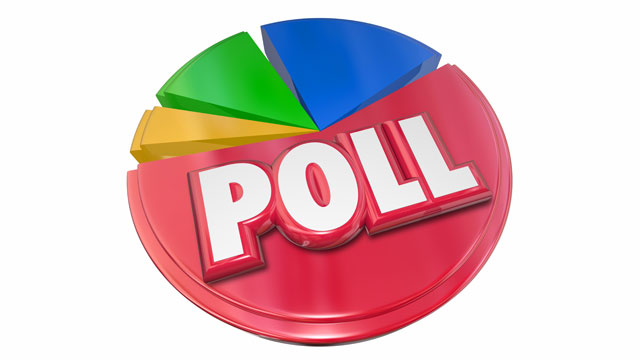 Just taking a look at some of the recent polling in swing state races as we approach the upcoming midterm elections. END_OF_DOCUMENT_TOKEN_TO_BE_REPLACED

• The Advocate: I was a fan during the 2020 presidential primaries, and I still am today. Transportation Secretary Pete Buttigieg is super-smart, speaks 7 languages, and artfully takes down Florida Governor Ron DeSantis in this quick clip regarding the recent migrants-to-Martha’s Vineyard scandal without a sweat. END_OF_DOCUMENT_TOKEN_TO_BE_REPLACED 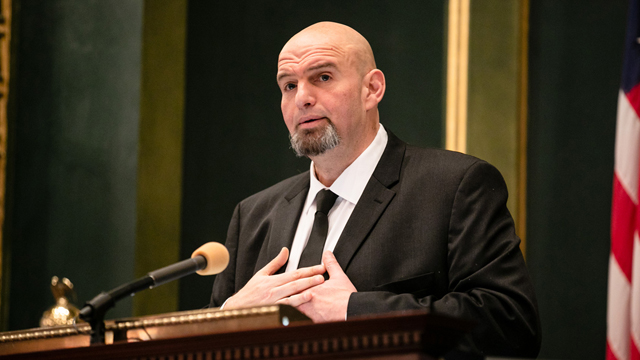 Pennsylvania Lt. Gov. John Fetterman is currently embroiled in a battle for free speech after he displayed the rainbow Pride flag and the pro-legalization green leaf flag from the balcony of his Capitol office.

Fetterman, an LGBTQ ally, hangs the flags to encourage support for an amendment to the state’s constitution that would outlaw LGBTQ discrimination and for the legalization of marijuana.

According to NBC News, during negotiations for an omnibus spending bill late last year, Republicans (who control the legislature) quietly added a provision that bans ‘unauthorized’ flags on Capitol grounds.

Once Gov. Tom Wolf (D) signed the bill into law, state employees removed Fetterman’s flags, folded them, and left them in his office.

The 6-foot-8 Democrat promptly put the flags back on display.

He told NBC News “he’ll continue to do so if they’re taken down again until the state legalizes marijuana and outlaws discrimination based on sexual orientation or gender identity.”

“It’s unbelievable that they actually passed a law to bar me from [flying his flags], so if they want to send the antigay flag police to take them down, then go ahead,” he told The Advocate.

“They came earlier this year and took them down, and I put them right back up,” he added. “Now this week, they took them down again, and when I’m back in Harrisburg on Monday, I’m going to hang them back up.”

On Twitter, Fetterman shaded the Republican lawmakers writing, “The same party that collectively shrugged at its members being photographed at the January 6th Capitol Hill riot, really really has a issues with my weed and Rainbow flag flags but ok.”

The same party that collectively shrugged at its members being photographed at the January 6th Capitol Hill riot, really really has a issues with my weed and 🏳️‍🌈 flags but ok https://t.co/rHd732MhOE

So, the PAGOP sent the gay flag police to take mine down today. 🏳️‍🌈

The LG’s office sent the LG to fly them proudly once again.

Equal Protection Under The Law. 🏳️‍🌈

How it started. How it’s going. pic.twitter.com/NLJ5uKt6Yy

A spokesperson for State House Majority Leader Kerry Benninghoff told NBC News Republicans are just making an effort “to create some uniformity and decorum for what’s outside the Capitol.”

But Fetterman says the clause was a direct swipe and him and his flags.

“It’s flattering to be living rent free in their head like this,” he added.

For the record, the effort to expand the state’s anti-discrimination laws to include LGBTQ people failed this week by a vote of 90-112. Fetterman didn’t hesitate to call out the lawmakers who voted against the bill.

This vote failed 90-112 in the House and it’s tragic and very, very firmly on the wrong side of history. https://t.co/XMzuEiLy2f

After graduating from Harvard University with a master’s degree in public policy, he ran for mayor of Braddock, Pennsylvania, in 2005 and won by a single vote. He would end up serving four terms as mayor of the Western Pennsylvania town.

He ran for the U.S. Senate in 2016 but lost in the primary. The Democrat in that race would ultimately lose in the general election. Fetterman was elected Lt. Governor in 2019.

Now, several sources say he is now considering another run for the Senate in 2022 as Republican Sen. Pat Toomey has announced his retirement.