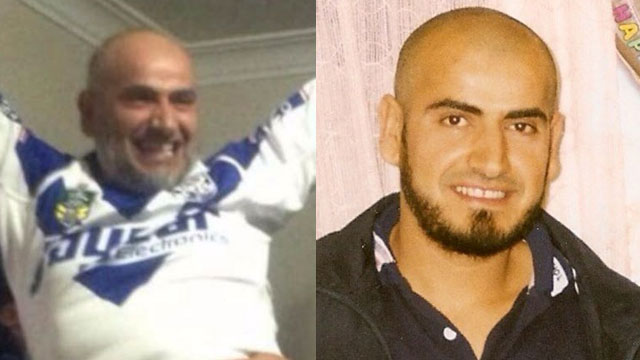 Brothers Khaled (52) and Mahmoud (34) Khayat were sentenced to lengthy prison sentences after planning to hide a bomb in their unsuspecting gay brother’s luggage on an international flight.

The brothers schemed to blow up an Etihad Airways flight from Sydney, Australia, to Abu Dhabi in July 2017.

According to the Newcastle Herald, they built a gas bomb in one of the men’s garage using plans transmitted with an encrypted app by their older brother, Tarek, who is a senior member of ISIS.

They then hid the bomb inside a meat grinder which was placed in the luggage of their brother Amer, pretending it was a gift for family members. The court was told during the trial the attack was intended to support groups fighting the Syrian regime.

“Neither offender was particularly close to Amer, although each said he loved him as a brother and spoke to him when he saw him,” said Justice Christine Adamson on Tuesday.

“They disapproved of him because he drank, went clubbing, gambled and was gay which they regarded as bringing shame on the family.”

The plan was foiled when a Sydney Airport attendant noticed Amer’s luggage was overweight. Khaled removed the bomb for fear of being discovered.

The two brothers were found guilty in the NSW Supreme Court earlier this year of conspiring to prepare or plan a terrorist act.

Adamson noted that, had the scheme gone as planned, “no one in the aircraft carrying the bomb and no one exposed to the poisonous gas would have survived.”

”The scale of the intended impact adds significantly to the gravity of the offence,” she added.

Adamson sentenced Khaled to 40 years in prison and Mahmoud to 36 years with non-parole periods of 30 and 27 years respectively. The two men maintain they are innocent and plan to appeal their cases.

Meanwhile, Amer spent two years in a Lebanese prison before being found not guilty of involvement in the plot by a military court in September.

Tarek was found guilty in a Lebanese court and sentenced to hard labor for life for his participation in the plot.

Last week, Amer said that despite his ordeal he still loves his brothers because they are his “blood.” 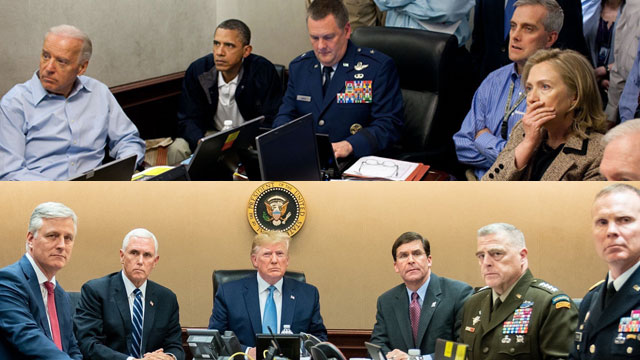 So, now this has become a “thing.”

I’m certain Donald Trump is living for the photo above. He’s always wanted to look ‘tough.’

The interesting thing is it’s marked on the White House Flickr account as “President Trump Watches as U.S. Special Operations Forces Close in on ISIS Leader.”

The raid was reported to have taken place at 3:30pm Washington time. But Pete Souza, a White House photographer under Presidents Reagan and Obama notes the camera’s IPTC data indicates the photo was taken at 17:05:24. That would be 5:05pm – over an hour and a half AFTER the raid occurred.

Plus, White House reports show Trump was at his golf course at 3:30pm, not in the Situation Room…?

So, was this photo staged after the fact? If so, why?

According to the public schedule, he left the golf club at 3:33pm. The raid took place at 3:30pm. An hour and a half later they staged the photo…

Trump was at his golf course at 3:30pm pic.twitter.com/vImrC5mjCP

The motorcade didn’t return back to the White House until 4:18 pm — nearly 50 minutes after the Baghdadi raid started.

Trump was golfing. During the raid. https://t.co/7RZ2UYbP8V

A tale of two presidents:

On May 1, 2011, at 4:05pm, President Barack Obama was in the White House Situation Room closely monitoring the raid on Osama Bin Laden.

On October 26, 2019, at 3:30pm, President Donald Trump was golfing and had no idea about Abu Bakr al-Baghdadi. pic.twitter.com/zLgkQ5xwyi

It’s apparently hard to agree on which direction to look in a #staged war room photo (because the president was golfing when the actual Baghdadi raid happened). pic.twitter.com/ufJjVQHh2Z

Everything you need to know about Trump is in these two pics:

The “Baghdadi raid” pics was staged, hours later. Trump was playing golf when it happened. pic.twitter.com/IpSuLnAi6M 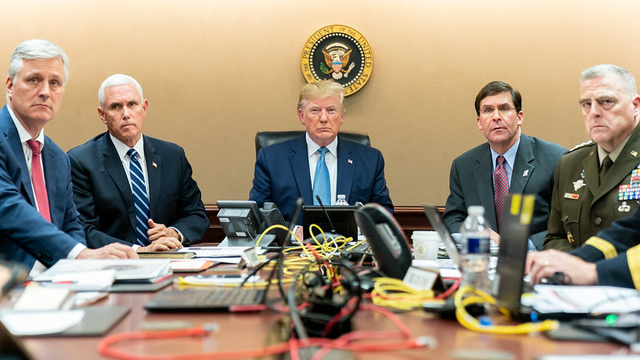 President Trump announced on Sunday that a commando raid in Syria this weekend had targeted and resulted in the death of Abu Bakr al-Baghdadi, the leader of the Islamic State, claiming a significant victory even as American forces are pulling out of the area.

Mr. Trump, who is under threat of impeachment for abuse of power by pressuring Ukraine to investigate his domestic political rivals, appeared eager to claim credit for the raid, engaging in a lengthy question-and-answer session with reporters after his statement as he personally walked them through the details, promoted his own role and compared himself favorably to past presidents.

Mr. Trump even seemed to suggest that killing Mr. al-Baghdadi was a bigger deal than killing Bin Laden.

I’m not sure why Trump continually feels the need to compare himself to President Obama.

As the Times points out, Abu Bakr al-Baghdadi was definitely a bad guy. No doubt.

But he never entered the psyche of the American public to the degree that Osama bin Laden, who committed terrorism on American soil, did.

Plus, Trump’s appearing to ‘take credit’ here is unseemly especially when he was overly-critical of Obama regarding the takedown of bin Laden.

Trump tweeted multiple times that Obama shouldn’t be ‘congratulated’ for the death of bin Laden because “all he did was say O.K.”

Now that he’s in the Oval Office, does Trump believe that’s all HE did? “Say ok?”

Why don’t we ask the Navy SEALs who killed Bin Laden? They don’t seem to be happy with Obama claiming credit. All he did is say O.K.

Trump again suggests this is bigger than bin Laden:

Trump trying to make this seem bigger than the death of Osama. Trying to have his “Osama moment.” It’s not working. (Especially since Trump has done more for the future of ISIS this month than Baghdadi has done in a long time.)

Another way President Obama differs from this festering pile of discolored garbage:

When Obama's team got bin Laden, you heard *nothing* from Obama until he was formally announcing it to the world.

Here Trump is like an excited little boy seeking attention on a Saturday night. https://t.co/eDEybOZpCD 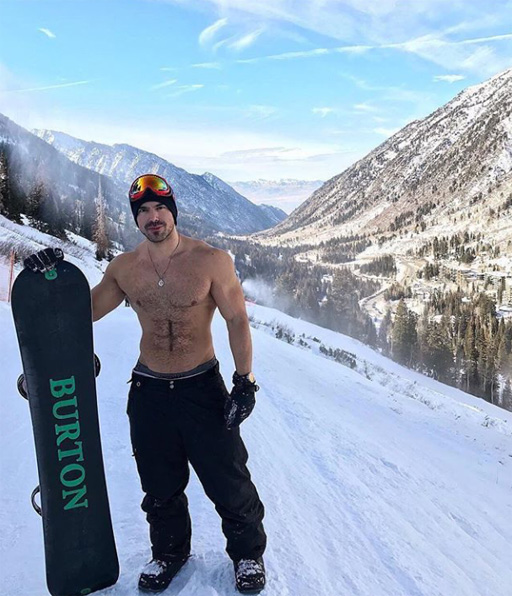 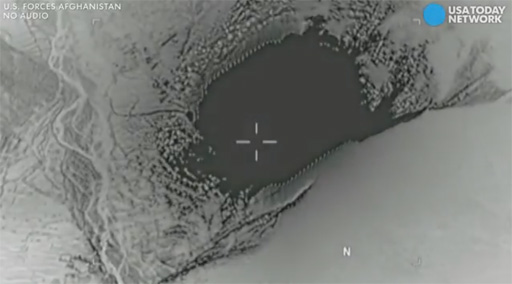 Silent video footage, shot by a drone during the dropping of the “mother of all bombs” yesterday in Afghanistan by the U.S., shows the massive impact and range of the GBU-43/B.

According to reports, no civilians were hurt in the bombing – only a base used to launch attacks and a “tunnels complex” were destroyed, along with 36 ISIS militants.

The bomb, the largest non-nuclear in the U.S. arsenal, is dropped via Air Force planes and detonated before hitting ground which results in an enormous blast radius. 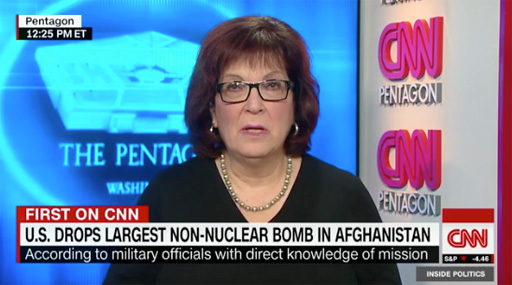 The US military has dropped an enormous bomb in Afghanistan, according to four US military officials with direct knowledge of the mission.

A GBU-43/B Massive Ordnance Air Blast Bomb (MOAB), nicknamed the “mother of all bombs,” was dropped at 7:32 pm local time Thursday, the sources said. A MOAB is a 21,600-pound, GPS-guided munition that is America’s most powerful non-nuclear bomb.

Officials said the target was an ISIS cave and tunnel complex and personnel in the Achin district of the Nangarhar province.

“The United States takes the fight against ISIS very seriously and in order to defeat the group we must deny them operational space, which we did,” White House press secretary Sean Spicer said later Thursday. The strike “targeted a system of tunnels and cave that ISIS fighters use to move around freely.”

The military is currently assessing the damage. Gen. John Nicholson, commander of US forces in Afghanistan, signed off on the use of the bomb, according to the sources. The authority to deploy the weapon was granted to Nicholson by the commander of US Central Command, Gen. Joseph Votel, Stump said.

This is the first time a MOAB has been used in the battlefield, according to the US officials. This munition was developed during the Iraq War. 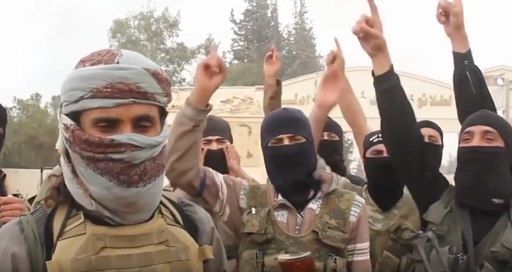 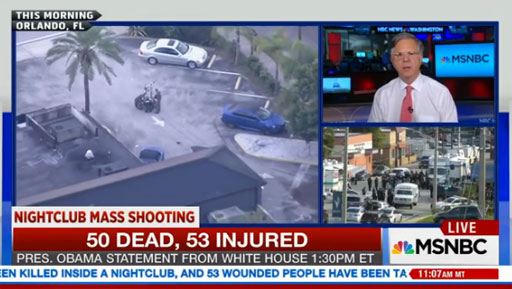 MSNBC is reporting that Omar Mateen, the gunman who opened fire at a gay nightclub in Florida, had called 911 moments before to pledge allegiance to the leader of ISIS.

Mateen appeared to be a follower of ISIS propaganda and referenced the Tsarnaev brothers, who carried out the Boston Marathon bombings in 2013, at the scene, sources said.

But as investigators try to determine the radicalization that apparently motivated Mateen to attack the Pulse Nightclub in Orlando, his family believes he was pushed over the edge by pure hate against the LGBT community.

CNN is reporting that ISIS is circulating a video that suggest they are targeting New York.

CNN’s Jim Sciutto reports that the video cannot be verified, but authorities are taking it seriously. 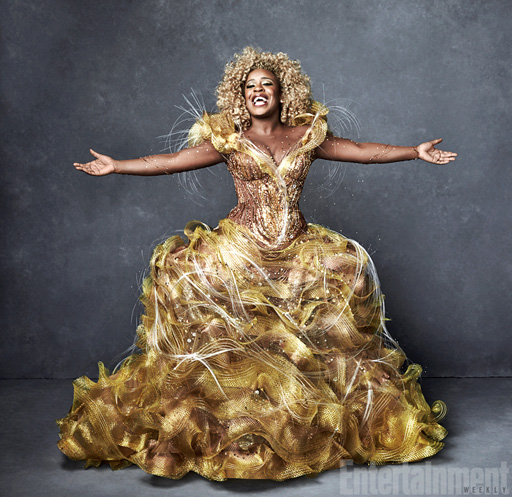 • Get your first look at the stars of The Wiz Live!

• 1,500 Mormons officially leave LDS Church after announcement of new policy that children of same-sex couples cannot be members of the faith until they reach the age of 18, leave their parents home and disavow the practice of same-sex relationships,

• Pastor Steven Anderson spent Sunday sermonizing that when you go to a rock concert in Paris – “somebody might get killed,” because you’re “worshipping death.”