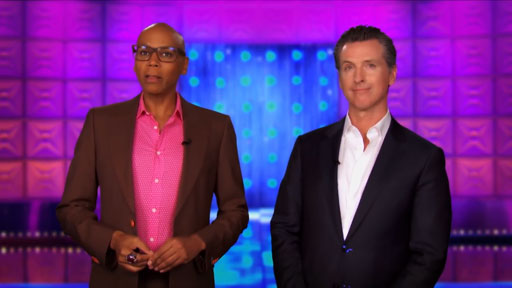 RuPaul appears in a PSA for California’s upcoming primary on June 5 urging folks to not only vote, but vote for Lt. Gov. Gavin Newsom for governor.

“Today, I want to tell the world that I’ll be casting my vote for you, Gavin,” says the Super Model of the World.

Newsom gained headlines in the LGBTQ world when he began issuing marriage licenses to gay and lesbian couples back in 2004 (before same-sex marriage was the law of the land) during his tenure as mayor of San Francisco.

So there you have it, Californians. As Ru says, “If you don’t vote, you lose the right to complain. So – YOU BETTA VOTE!” 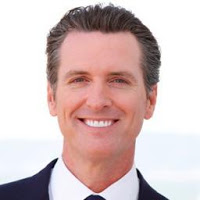 Huckabee compares Davis to Lt. Governor Gavin Newsome of California for issuing marriage licenses to same-sex couples for a short period of time back when he was Mayor of San Francisco.

Huckabee asserted on ABC’s “This Week” that Davis should obey the law “if it’s right,” comparing her decision to withhold marriage licenses to same-sex couples to Newsome’s defiance of Proposition 22.

“It is that the ruling class has thumbed their nose at the the very Constitution,” Huckabee said. “You’ve got Democrats who ignored the law when it was the law to have traditional marriage, Gavin Newsom in San Francisco as major, performed same-sex weddings even though it was illegal. Did he ever get put in jail? He most certainly did not.”

The difference, of course, is because when a court ordered Newsome to stop issuing marriage licenses to same-sex couples – he did.

The California Lt. Governor was not having any of Hucky’s trolling.

Check out Newsome’s tweets to the Huckster:

. @GovMikeHuckabee you are dead wrong on the Kim Davis issue — we issued marriage licenses because we believed the law at that time

Once the court ordered me to stop, I did. I was never in contempt of court — unlike Kim Davis. Get your facts right @GovMikeHuckabee