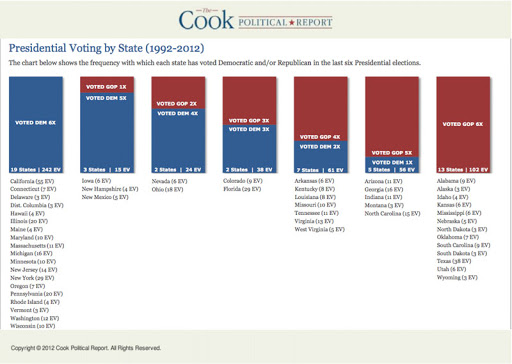 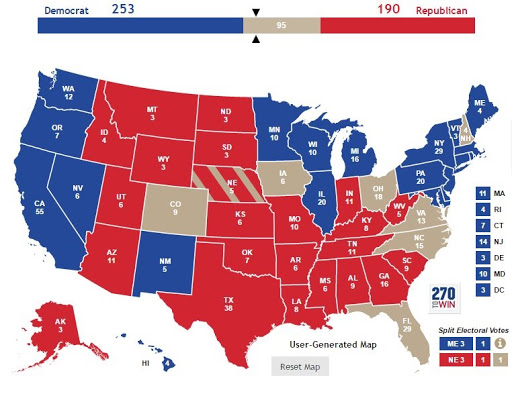 NBC News is out with their first electoral college projection map for the 2016 presidential race, and it shows Donald Trump and the Republicans begin with a much steeper, uphill climb than Hillary Clinton and the Democrats.

That map gives Clinton and the Democrats a 253-190 edge in electoral votes, with 95 in the tossup column.

And here’s why Dems have the advantage: They surpass the 270 electoral votes needed to win the presidency by just winning one of Florida or Ohio.

Or a combination of Colorado and Virginia.

One other thing: Our Tossup designations are very conservative; it’s where we think things *could* be later this summer. But right now, there are more polls showing Clinton ahead in these states than ones with Trump leading.

The Washington Post posits a similar situation, albeit from a different angle.

Were Hillary to win the 19 states (and D.C.) that every Dem has won since 1992, she gets to 242 electoral votes. If she wins Florida’s 29 electoral votes – Boom! She reaches 271 and the presidency. Clinton currently leads Trump by 13 in Florida according to a recent poll.

However you slice it, the Trumpster begins with a tough map to overcome. 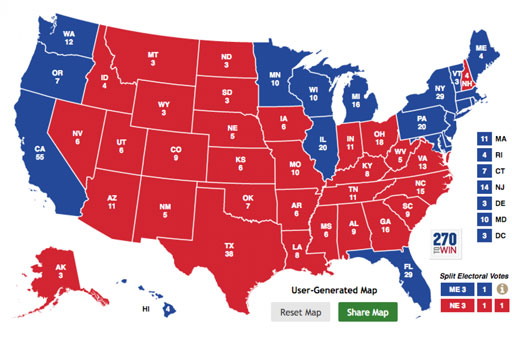 For the record, here’s how states have gone in the last six presidential elections (click to enlarge). 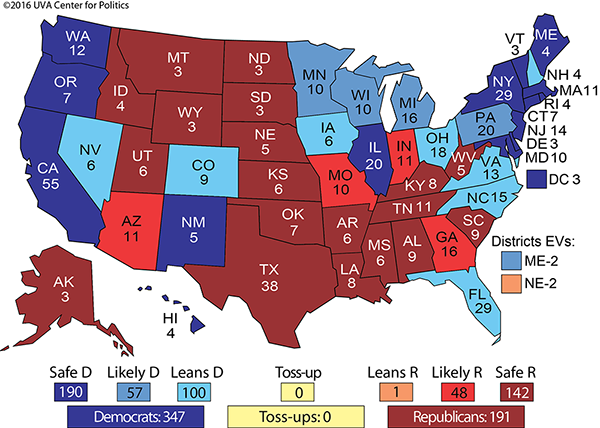 And the news is good, if you’re Hillary Clinton. This calculation shows she would reach well past the required 270 electoral votes, coming in with 347.

Yielding completely to boldness, or recklessness, we eliminated Toss-ups, and leaned all states to one or the other nominee. Each state’s electoral history, developing demographics, and current polling data guided our choices.

I have to say, looking at this, I’d agree with all of the projections based on how the race looks today. Of course, anything could change the math at any time. But I’d say this is an accurate read.