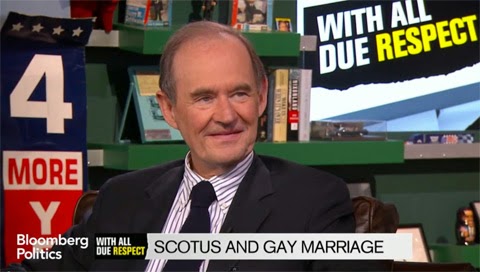 Appearing on “With All Due Respect” on the Bloomberg Business channel, superstar lawyer David Boies explains why he thinks we will have national marriage equality this year:

“I think it’s inevitable, it’s the right thing to do, and we’re going to have it this year.”

Prop. 8 attorney David Boies joined David Gregory on Meet the Press today to talk about this week’s case at the Supreme Court.

Boies says that he believes his side will prevail because his team has already succeeded on the three issues they set out to prove.

In addition, Boies had this to say: