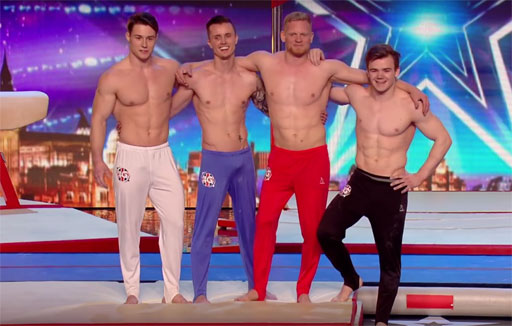 The four sexy, sculpted gymnasts of 4G made quite and impression with their debut performance on Britain’s Got Talent.

Judge David Walliams encouraged the ‘men’s artistic gymnastic act’ to strip down to their thongs next time, while Judge Alesha Dixon said: “Oh my Goodness, that is some serious six packs. You’re brilliant at what you do, you look fantastic and I really enjoyed it, well done!”

I can certainly see their appeal. Can’t you? 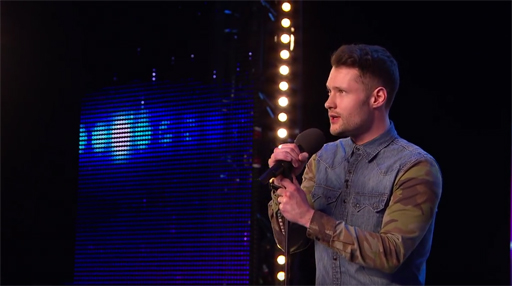 As I don’t follow Britain’s Got Talent on a regular basis, I was knocked out when my friend Alex posted this today on his Facebook.

Calum Scott, a bit unnerved having seen his sister Jade not win the support of the judges, takes to the stage to sing his cover of Robyn’s “Dancing On My Own.” 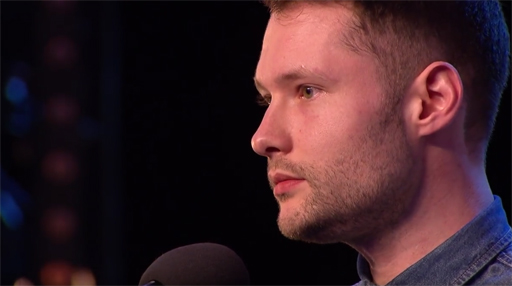 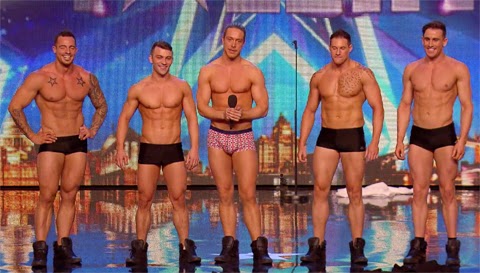 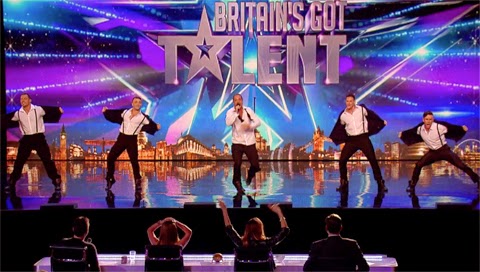 A group of five hunky London boys surprised the judges at Britain’s Got Talent with their shirtless performance that wowed even Simon Cowell.

It all began with a singing soloist named Lewis Codling who seemed to have technical difficulties. As the “audio techs” came out to his aid, it was soon clear a different sort of talent would soon be on parade.

The strippers, who call themselves Forbidden Nights, launched into a performance of Bruno Mars’ “Runaway” that stopped the show cold.

Simon Cowell said, with a smile: “You actually had me fooled. You’re a very good actor.”

“I’ll tell you what, that was so crafty and clever, it was brilliant,” judge Alesha Dixon beamed.

David Walliams was direct with his support: “It’s a yes!” 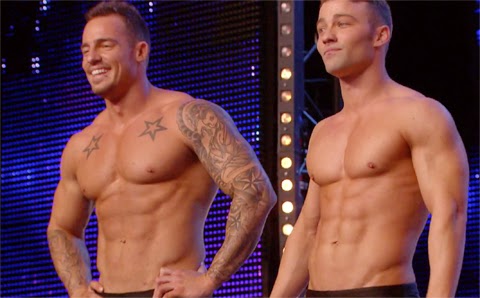 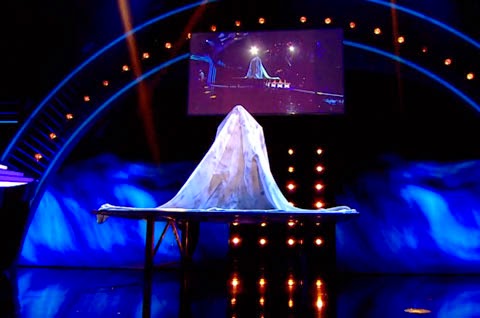 Hunky hottie Darcy Oake is killing it these days on Britain’s Got Talent.

This past week he made himself disappear.  But where does he go? 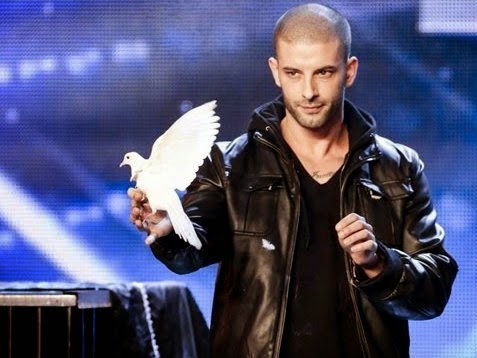 Canadian illusionist Darcy Oake made the trip across the Atlantic with hopes of appearing on mega-hit talent show Britain’s Got Talent. And for good reason.

After the hottie’s debut act on the show Simon Cowell said ” You are without question the best magician we have had on the show.” 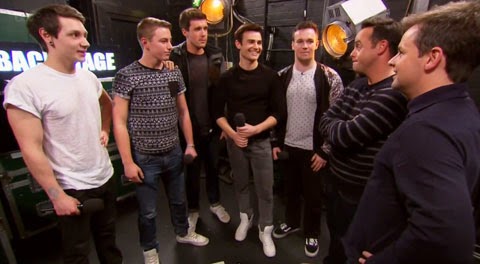 Singing an unexpected “Stars” from Les Miserables, boy band Collabro brings the audience and judges to their feet on Britain’s Got Talent.  The quintet has only been singing together for a month.

It will be interesting to see if the guys can win with other material.  Good luck!