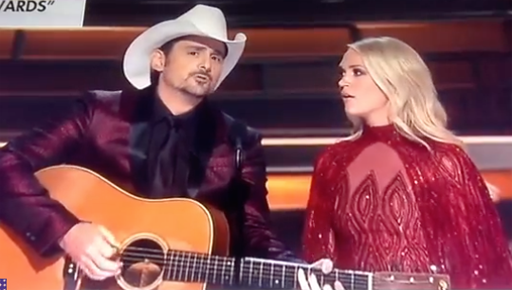 Back in the day, when the Dixie Chicks said a little something/something about then-President George W. Bush they practically lost their careers.

But last night, Carrie Underwood and Brad Paisley had them rolling in the aisles as they poked a bit of fun at Donald Trump with this little parody of Underwood’s hit, “Before He Cheats.”

#beforehetweets @carrieunderwood and @BradPaisley at the #CMA ‘s poking a little fun at @realDonaldTrump and his TWEETS pic.twitter.com/RkUc2km5t9

It’s hilarious that people are turning off the #CMAawards because Brad Paisley and Carrie Underwood got political. Sorry, but even country artists have morals and standards that Trump does not meet. Lol #BeforeHeTweets

Never watched the CMAs before, but I think I just watched the best 30 seconds of it 🤣 #beforehetweets https://t.co/u6027ZdMHE

If anyone should be mocking Trump it’s us country folk.

He pandered to our lowest common denominator, pretended to care about us, and it worked. #BeforeHeTweets #CMAawards https://t.co/oSlD6WI0w5

It should be noted, though, that Randy Rainbow did come up with the “Before He Tweets” idea a while back. Enjoy it again below: 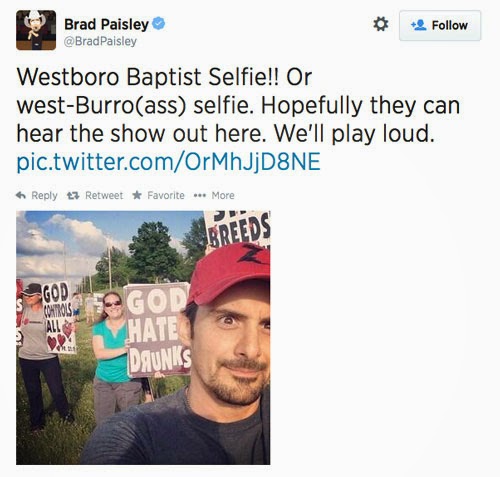 And somehow, I now love Brad Paisley even more for this tweet.

Currently on tour all summer, Brad’s concert are the BEST party I’ve ever been to.  Check his tour dates on his official site.