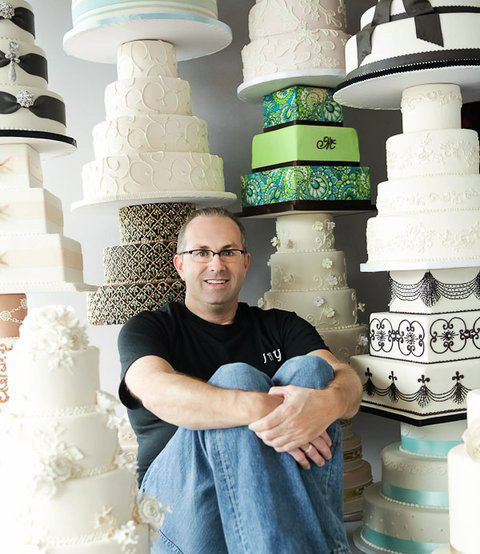 Last week, I reported on yet another baker who has refused to sell a wedding cake to a same-sex couple.

After meeting with Susie Dennison of Susie’s Sweets bakery in Burns Tennessee, Brandi Ray shared on her social media that Dennison sent her a Facebook message saying she wouldn’t make the cake in question because ‘Jesus.’

“I really enjoyed our time together and I truly wish you the best but after realizing that your union will be of the same sex, I cannot with my spiritual conviction and beliefs, do your cake,” wrote Dennison. She added, “I want you to know in saying that, I do love you in The Lord.”

Ray responded writing, “I’m sorry you feel that way. Have a good night.” 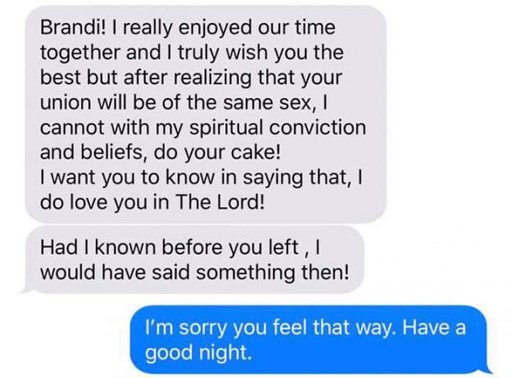 After the story went viral, celebrity baker Jay Qualls of Nashville stepped up and has offered to bake a free wedding cake for Ray and her fiancé, Michele Schmidt.

With over 30 years in the baking industry, Qualls has worked with Martha Stewart, appeared on TLC’s The Next Great Baker and Cake Boss, as well as Food Network’s Cuthroat Kitchen.

The veteran baker told The Tennessean the story left him “enraged.”

“This has to stop. It’s discriminatory,” Qualls told the newspaper. “I can’t sit back and allow this, as a gay man who has a very healthy and meaningful life with two adult children who are loved, and a very meaningful relationship.”

The baker shares that his outrage stems in part from having experienced discrimination himself when planning his second wedding.

Qualls was married to a woman for 13 years and has two grown children. He was 33-years-old when he came out, and three years ago was denied wedding services due to homophobia.

He and his fiancé had made plans to hold their ceremony at Montgomery Bell State Park’s Cumberland Presbyterian Church. But when the couple went to pay the facility fee, they were turned away due to the same-sex marriage.

At the time, he didn’t go public with the story because he didn’t want his wedding “turning into a circus.”

But this time, he’s speaking out on behalf of Schmidt and Ray, and told the couple they can have “anything they want.”

Over his 30+ years as a professional baker, Qualls says he’s “sat across from thousands of couples over the years,” and some of them he didn’t share the same beliefs. But he didn’t turn any of them away.

“When you are serving the public, you have to be willing to serve all the public,” Qualls said.

Inspired by the SCOTUS Masterpiece Cakeshop case and others like it, ABC’s What Would You Do? allowed customers at a bakery to witness a lesbian couple getting turned down for their wedding cake.

Hit play for the reactions of the customers.

p.s. The man playing the ‘baker’ named Peter is actually a longtime friend of mine, Peter Gregus, who I’ve known since my acting days in NYC 🙂